Stories And as I dance my he...

And as I dance my heart beats home

All I want to do is just stand there, immobile. Nothing more; simply feeling the earth move beneath my feet. When I closed my eyes this past Thursday, I could easily have been there, for at that time the land came to me, through the body and words of the ethereally talented Sharon Eyal.

Eight years ago I was forced during the war with Israel to move from Lebanon to Montreal with my sister to seek a better life and a more secure future. Given the circumstances of my departure, I left the country with the impression that Israel was an evil place, and anything coming out of Israel was not to be approached or respected. I had a lot of hatred, justified but not questioned.

The two countries were and still are technically at war. I am not allowed to go to Israel because of where I come from. If I somehow make it there, I will not be allowed back into my country for the Lebanese authorities will see my passport has been stamped with their enemy’s emblem.

And who knew that 8 years 4 months and 3 days after saying goodbye to my mother under the bombs, behind barbed wire, I would be in Vancouver doing Gaga with company members of one of Israel’s most cutting edge dance ensembles: L-E-V. Learning L-E-V’s repertoire that day was like tasting a forbidden fruit. I was doing something that all my life I was taught was wrong, and I was loving every single minute of it. Every step, every articulation felt as though I was in a place I had never been.

Yet, I still felt a primal connection to my roots in Eyal’s choreography as it rippled through my spine, as she told us to imagine the sea beneath us as we went into a releve arabesque, or count every petal as we threw an imaginary bouquet of flowers behind us. It is in moments like these that I am reminded of the fact that the Lebanese, Israelis, and Palestinians are brothers and sisters, coming from the same land, sharing the same sea, under the same sun, but separated by borders and politics that have come to scar the face of the earth.

I remember as a child sitting on the shore in South Lebanon, caressing the tide, and imagining that these very waters were at some point in Israel, in Palestine, and that somehow by touching the salty water I was experiencing a place that—as far as I was concerned—did not exist in my immediate physical reality.

During the workshop I was moved beyond words, both literally and figuratively. I was in my own way attesting to the power of dance and art to make the world a better place, to bring peace, dignity, and integrity to unlikely places and hearts.

Nothing can remove the simple fact that we are made of flesh and skin, that our bodies in themselves are not political entities until they are made to be by nationalistic and religious ideologies. Through dance I am learning to connect with myself, with others, and with my past, present, and future. There is a purity in the human body that allows it to create an enormous amount of energy, one that is powerful enough to make us feel the most profound and inexplicable emotions both as audience members and dancers.

I spoke to Sharon Eyal after her company’s premiere at DanceHouse the next day, expressing my gratitude for being able to watch her incredible company, and meet and work with the dancers and their repertoire. She told me, “It’s amazing how sometimes you have to travel to the other end of the world in order to meet your neighbours. Thank you for sharing.” We hugged goodbye and she delicately held her hand over where my heart is for a few seconds, a gesture of understanding and solidarity.

I left the theatre with the overwhelming idea that one day, against all the odds, I will go to Israel. One day I want to prove to my family, my friends, and everyone back home in the Middle East that politics have made us blind to the struggles of one another, and made us think only of ourselves, our own survival, our own religion and national identity, rather than our well-being as many different people co-existing peacefully and with dignity.

Maybe one day I will go to Israel and not only stand but even « float », with other bodies, other hearts, and hopefully inspire and create another step towards peace and acceptance between neighbours in the very troubled part of the world I call home. 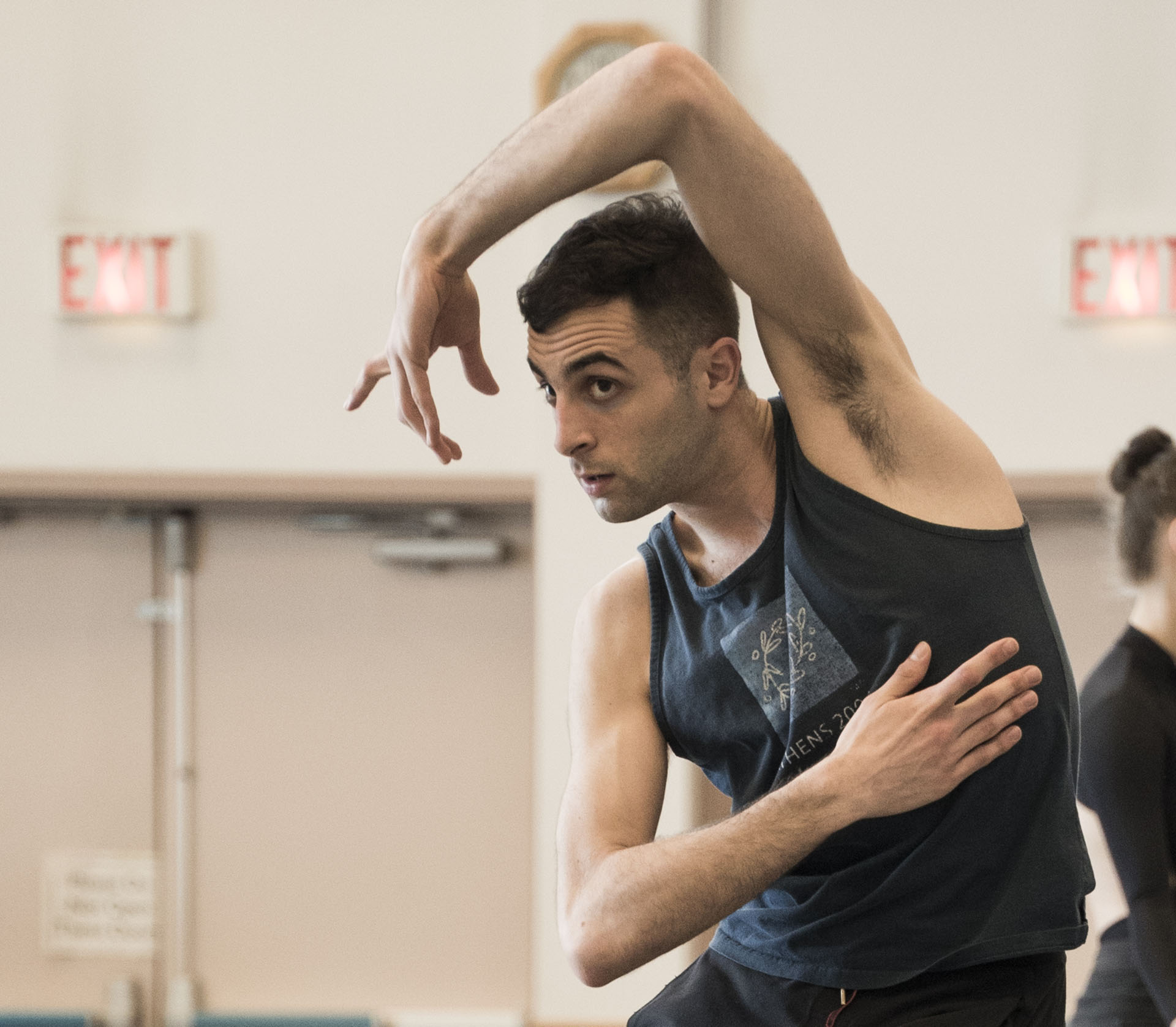