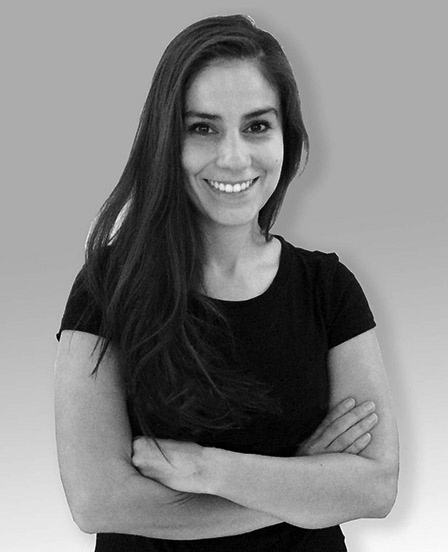 In the professional field, Karla has been in numerous dance productions as a dancer, as well as a director of her own choreographic work. As a teacher she has worked for over ten years teaching dance from different genera including Contemporary, Jazz, Hip Hop, Musical Theatre, and Latin dance forms. In addition, she has directed interdisciplinary workshops with a focus on the fusion of dance and design.

Her work has been a creditor of awards such as the Academic Merit Diploma by The Architecture Faculty of the UNAM in 2010 and the Honorable Mention in Excellence by the National Institute of Fine Arts in 2015. Within artistic residency programs, she has been benefited from the INBA Foundation for the summer program of the School of Toronto Dance Theater in 2012 and by The Banff Center for the Arts in Alberta, Canada in 2016.

Karla graduated as a dancer from the Mexico City Ballet Academy and as a Musical Theatre actress from CECAAP. She holds a BFA in Choreography from the National Fine Arts Institute (INBA), a Bachelor´s in Industrial Design from the National Autonomous University of México (UNAM) and a Master´s in Fine Arts -Interdisciplinary Arts- from Simon Fraser University (SFU).