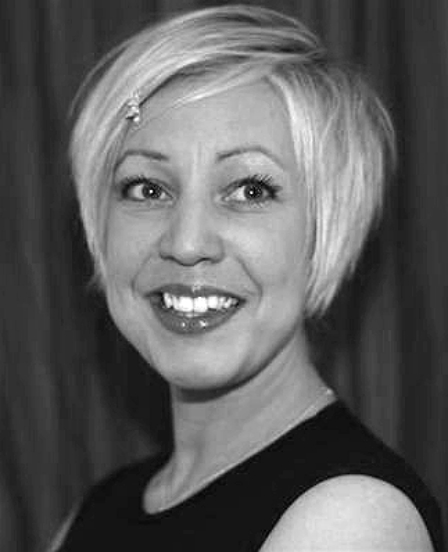 Penelope is an independent dancer, teacher and choreographer from the UK, now based in Vancouver. She trained in London, UK at the prestigious Doreen Bird College of Performing Arts, where she studied many genre of dance and Musical Theatre. She completed her post-graduate training at the London Centre of Performing Arts where she earned her ISTD Licentiate teaching qualifications in Modern, Imperial Ballet and Tap. She is now working towards her Tap and Modern Fellowship, with a goal of becoming a certified Examiner.

After graduating, Penelope began her professional career as a dancer, singer and actress, performing in various dance and Musical Theatre companies, with extensive European tours. She has now been teaching and choreographing for over twenty years, preparing students of all ages, abilities and levels for examinations, competitions and performances.
In 2001, she opened her own dance studio, with over 200 students, many of whom have graduated post-secondary institutions with dance focuses and are now successfully performing in London’s West End, in contemporary companies around the world, and on Broadway. Most recent accolade, a male student cast in 'Hamilton', West End of London.
In 2010 Penelope traveled to New Zealand, to run a school of over 400 students. She guest taught and examined at Wellington Dance and Performing Arts Academy. Danced with NZ school of Dance, and adjudicated a televised nationwide dance competition, 'Stage Challenge'!

From New Zealand, she travelled to Melbourne, Australia, and in 2011 she moved to BC, Canada. Where she ran yet another school in the beautiful Okanagan.
In 2012 Penelope relocated to Vancouver, where she proudly joined the faculty at Richmond Academy of Dance and Arts Umbrella.

Since then she has continued training around the world, both as a dancer and teacher. In countries such as Canada, New York, UK... to name but a few. She has also studied counter technique and fascia release therapy, with a view to developing these skills in the future.