Welcoming environments. Energized students. Passionate instructors. When we arrive at any one of Arts Umbrella’s free, donor-funded or community partner programs, we’re immediately greeted by these three things.  In this series, we’ll take you into the classroom, to discover the magic that happens in the Arts Umbrella community, beyond our core facilities.

On a Thursday night, we’re standing in line at Strathcona Community Centre. Parents, teachers, and other community supporters are waiting to take their seats at a year-end performance for Open Stage. The kids, in grades three to seven, are taking the final moments before show time to prepare to have fun.

Once everyone is seated and the buzz lowers to a whisper, Arts Umbrella instructors Roselle Healy and Susanne Moniz de Sà graciously introduce the audience to the evening’s performers. The kids have been working up to this day for months, but Susanne reminds both audience and performers that there is more to acting than the performance. “That’s not what acting is about,” she says. “It’s about learning and training and that [performance] is part of that process.” An important message, not only for the kids, who are from the elementary school nearby, but for practicing artists in any discipline. There is magic in the process, in practice, and in developing and discovering your passions. “We’ve talked about instant forgiveness,” says Susanne. “Little mistakes, little things that don’t go exactly as planned, they’re okay. You have to let it go and not let it affect the rest of your show.”

Open Stage is a robust community program. Arts Umbrella visits the Strathcona Community Centre two days per week for eight months. Everything, from snacks to guest artists to costumes to sound design, is fully funded by a generous group of donors.

At the show, staged in a room at the community centre, we can see the students’ excitement where they stand just behind a curtain. But before it begins, Roselle asks the audience for their participation, which will include a healthy balance of cheers, hisses, and boos, all cued by cards held aloft by one of the actors. The energy that permeates the room when siblings and parents boo on cue is magical. You can tell that even kids who play the boo-earning roles are having a great time.

We’ve talked about instant forgiveness. Little mistakes, little things that don’t go exactly as planned, they’re okay. You have to let it go and not let it affect the rest of your show. 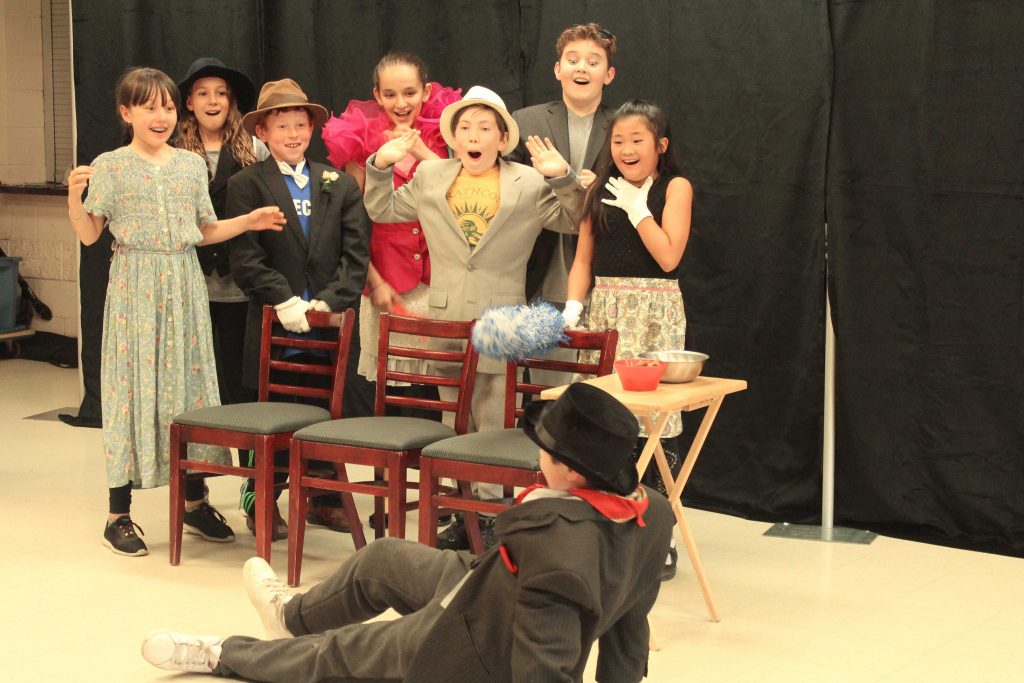 Their performance of a play called “The Will” brought the audience on a journey of mischief, murder, and justice. The cast of characters included a trio of troublesome lawyers, bank workers, and family members. And while a gruesome plot to murder one of the characters was uncovered, it was the comedic storytelling devices and execution that really got the audience hooked.

The young performers received a standing ovation, and Roselle and Susanne encouraged them to take multiple bows, just as actors in a theatre would. With the crowd on their feet and the kids revelling in their success, the group mixed and mingled, full of hugs and congratulatory messages. 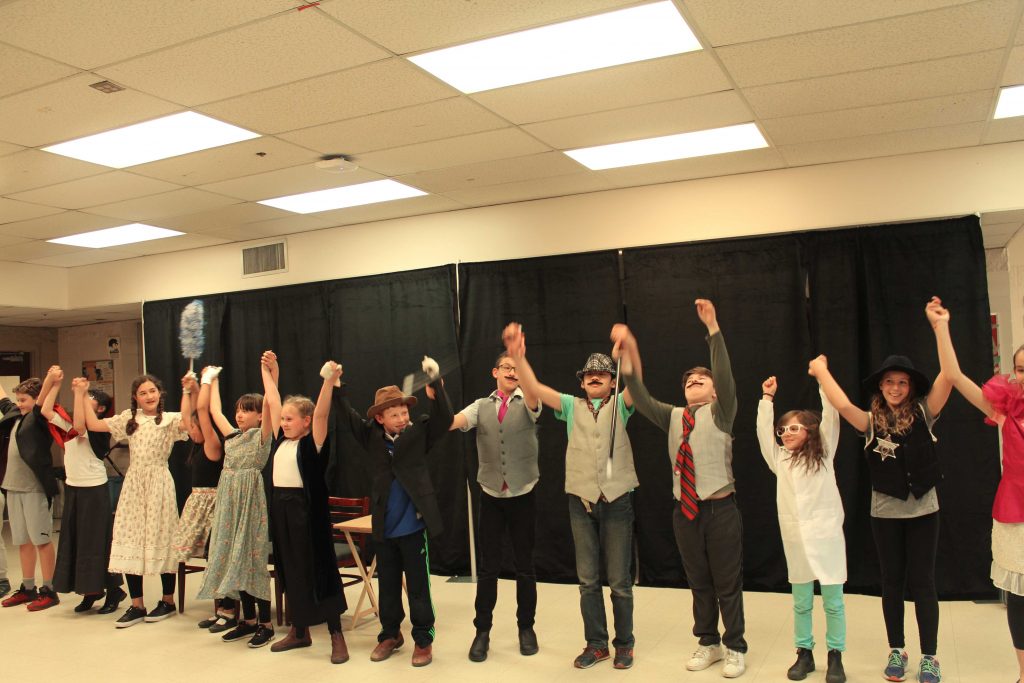 Following the performance, Roselle shared some insight into the impact of Open Stage: “It’s absolutely amazing,” she says. “I think that what we see over the year in the confidence of the kids is really quite phenomenal.” And, like Susanne, Roselle encourages the kids to think about more than the performance. “Through rehearsal and working together, these kids come out of their shells and commit as a group.”

In their final few weeks, Roselle and Susanne will lead the students in some improv and acting games. Finishing the year with these sorts of engaging and fun activities reminds the kids that theatre is about your peers and your passion. 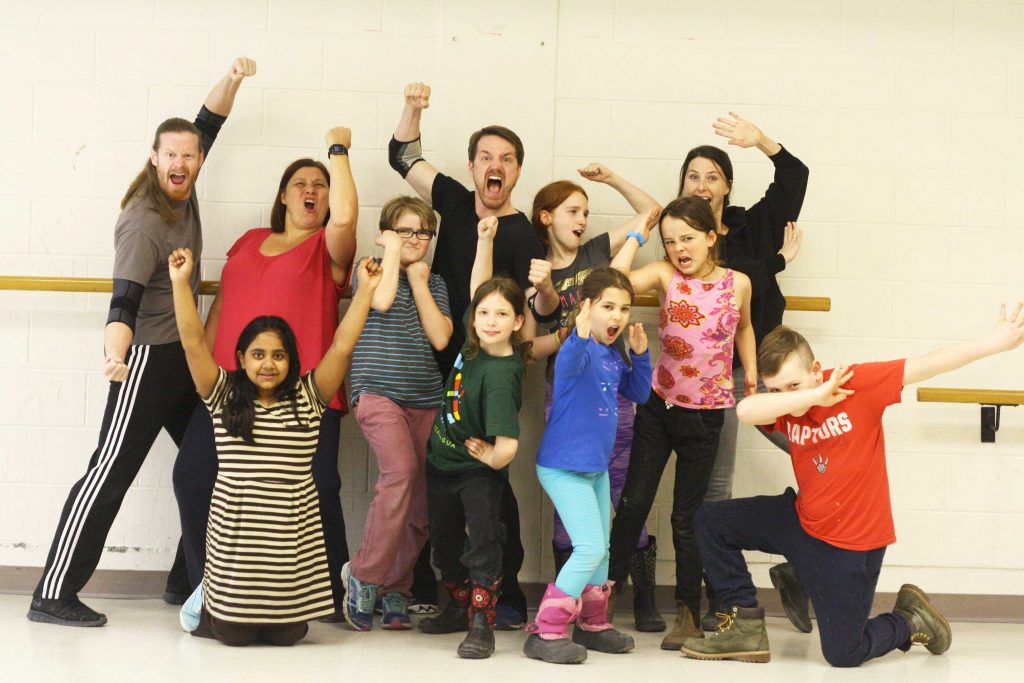 Open Stage, which has been at Strathcona Community Centre for 13 years, is a pillar in the community. Siblings have joined the program after seeing their brothers and sisters find success. After watching the performance, some of the younger kids are already asking about joining in next year. “It’s wonderful to have somewhere you can create art together,” says Roselle.

Through rehearsal and working together, these kids come out of their shells and commit as a group.

The longevity and success of the program has inspired the Strathcona Community and Arts Umbrella to seek out more opportunities to keep the kids engaged in theatre and other art forms long after they complete Open Stage. As students graduate from elementary school and move on to high school, they’re seeking Arts Umbrella programming as a way to find community and art. We’re touched to be able to play such an impactful role in the education and growth of these kids.