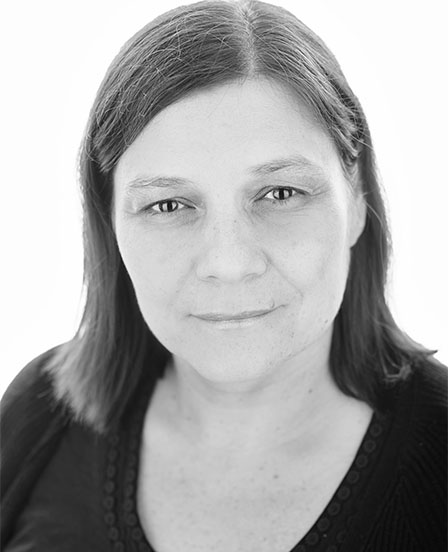 Susanne is an accomplished theatre educator, director and consultant, and is a graduate of both the University of Manitoba (BA - Psychology) and The University of Calgary (BFA – Theatre Directing).

Susanne has been working professionally, as a director, since 1992 and was a theatre intern and research assistant at the Citadel Theatre in Edmonton, Alberta. She worked, for many years, for the Vancouver Fringe Festival, as their Performer Liaison, and was a member of the Tight Corset Theatre Company where she directed “Dumb Blind Luck” (Best New Play – Victoria Fringe – 2002), “Ways to Woo Enrique” (24 Hour Play Festival – 2003) and Awkward (2004).

Susanne started at Arts Umbrella in 1997 and has taught theatre to every age level. She spent many years instructing numerous Outreach programs and was the Director of the Junior Theatre Troupe for almost 20 years. She was also the Coordinator of the Theatre, Music & Film Department from 2005-2021. Susanne is now the Director of Community Programs and oversees a variety of community programs throughout the lower mainland.