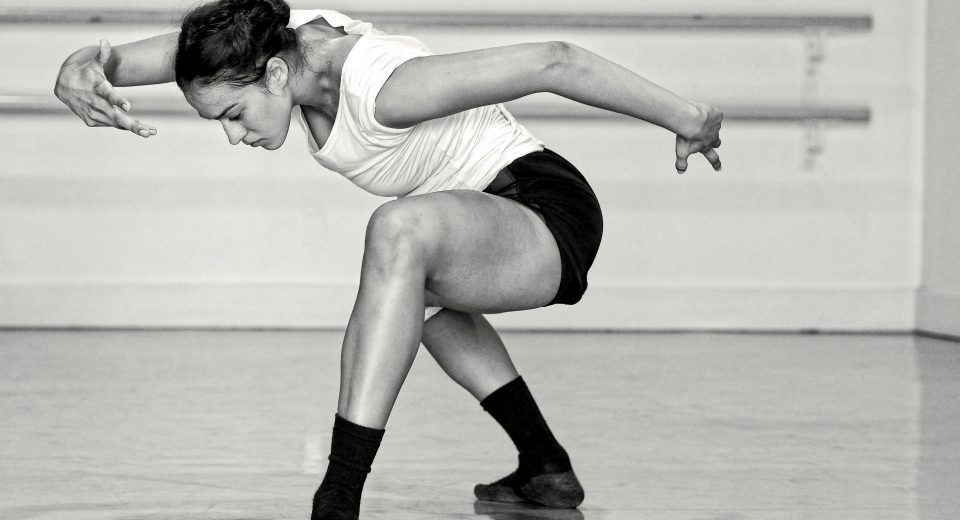 Born in Santa Cruz de la Sierra, Bolivia, Nicole Ward took her first ballet class at the tender age of four. After moving to Vancouver, she began her professional training at Arts Umbrella in 2010.

“Arts Umbrella was a place of growth and discovery for me,” says Nicole, “it allowed me to explore so many different avenues of my artistic desires and consequently I grew as a person. It was always a place of unlimited possibilities, and all it took was completely basking in the wealth of knowledge that was everywhere around me.”

During her time here, she has been grateful for the guidance of Artemis Gordon, Lynn Sheppard, Marquita Lester and all of the teaching staff as well as opportunities to work with choreographers of the highest caliber.

Of her many Arts Umbrella highlights, Nicole names as her favourites the 2014 Arts Umbrella Dance Company European Tour – where she performed Take Off by Fernanado Hernando Magadan in the Nederlands Dans Theater’s Switch’14 Gala – and, more recently, working alongside 60 other dancers to create and perform Singularity by Crystal Pite, a creation to music by Vancouver composer Owen Belton.

A recent graduate of the Arts Umbrella/Vancouver Community College Dance Diploma Program, Nicole is thrilled to be dancing with Ballet BC as an apprentice in their 2015-16 season. Now among the ranks of the professionals at Ballet BC, Nicole has already garnered the respect of her peers; those who have known her through the Arts Umbrella Dance program and those who have only just met her.

2013 AU graduate and Ballet BC dancer Christoph von Riedemann says of Nicole, “Nicole is a natural teacher and dancer. It is a pleasure watching her work in the studio. She has always been a dedicated and radiant human being and artist. Having her in the studio again at Ballet BC is such a gift.”

Fellow Ballet BC dancer Andrew Bartee agrees, “I so admire Nicole’s focus. She has an incredible perseverance and awareness in her body. Even watching her learn new choreography is satisfying. I can’t wait to see what she is going to do this Season.” Andrew is currently in our studios creating a piece for the Arts Umbrella Apprentice Company.