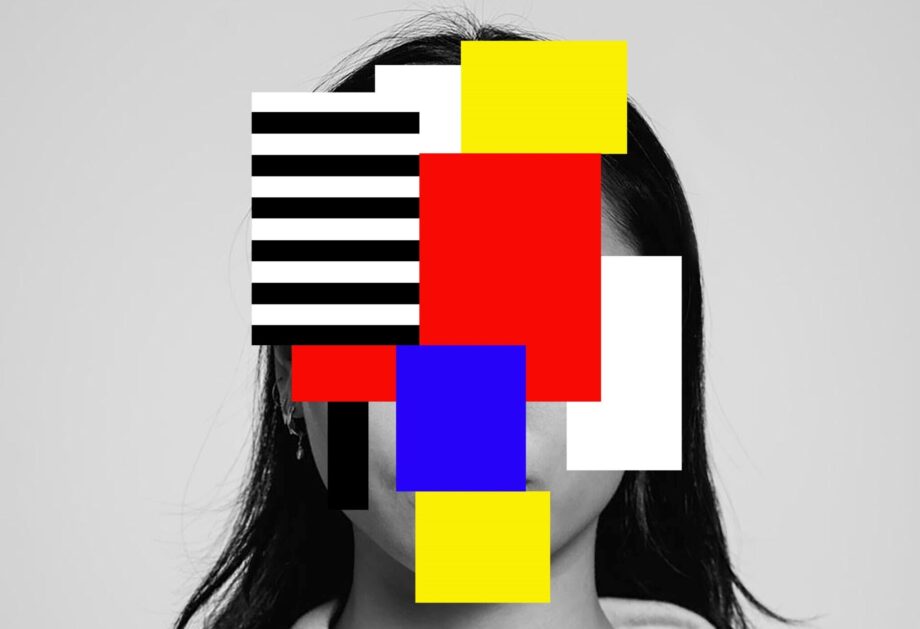 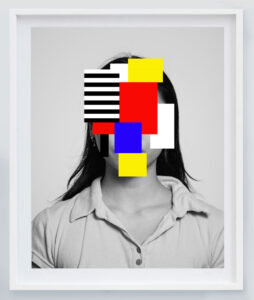 Pick up is available at Arts Umbrella, 1400 Johnston Street, on Granville Island. Works are framed and packed for pick up. Shipping costs are the responsibility of the purchaser. For assistance with shipping, please call 604-416-3333.

Renowned visual artist and author Douglas Coupland has generously created a new, limited edition print, Space Face (Ruth), 2022, in an edition of 40 to celebrate the 40th anniversary of Splash. The subject of the portrait, Ruth, is a dance student at Arts Umbrella. The funds raised from this generous gift will significantly increase our capacity to serve children and youth through arts education.

In my 2002 novel, Hey Nostradamus!, a key plot point was the idea that reasonably good facial recognition technology exists so that ordinary people could search for their own lookalike. While writing it, I had an argument with my editor who couldn’t believe that such a technology could ever exist. I had to present a case that such technologies were coming at us like a freight train — and they were, and they did.

Then, in 2003 I did a collaborative book project with French artist Pierre Huyghe. He looked at my collection of American high school yearbooks spanning 1980 to 2000 and, as a continental European, he perceived them as very exotic, if not almost borderline mythological, filled with North American archetypes such as cheerleaders and school football teams. Pierre and I then got out scissors and knives and carved out of those many yearbooks images that had any sort of emotional tone that felt awkward or inchoate — images which reflected the molten unformed nature of the adolescent psyche. We then rebuilt these images into a book of its own called School Spirit which told the story of a female high school student doomed to roam forever inside her high school building. Of perhaps one thousand images we cut out, about one in ten had been defaced or modified by the yearbooks’ owners. A lot of the defacements were funny in rude teenage way: horns and fangs and snot coming out of nostrils. Some of the defacements were brutal as though someone wanted the memory of a person erased forever. It’s easy to forget the intense lavalike emotions that attend the arrival of hormones.

There are many reasons to deface a face, not just in a yearbook, but also in the rest of the world. Politics. Love. Jealousy. Comedy. Psychosis. Boredom. After doing School Spirit I began doing visual portraiture work which conveyed defacement in a way that was hard to ascribe motive to, such as cascading drips of pastel paint and blowtorched holes. And then I began to learn about emerging facial recognition technologies which, around 2012, were beginning to establish a footprint in the collective psyche. Now, in 2022, facial recognition gets a yawn. At any moment we are all willingly or unwillingly awash in scores of recognition technologies, such as DNA and gait analysis, or having our search and data trails that analyzed like so many breadcrumbs left in our wake.

The image I’ve created here for Splash stems from a body of work I began around 2014 which sought to determine the parameters of how much of a face could be left visible before that face became no longer recognizable by AI recognition systems. Looking back at many of those pieces, I’m amazed by how much I underestimated the speed and power of facial recognition’s approach. These days a good system can pretty much identify you by a square inch of cheekbone or by chin/earlobe/hairline proportions. I’d like to thank Ruth for ‘posing’ for this portrait as it were, and I’m curious if, in one hundred years the world can determine her identity through, say just a few pixels of this image. I wouldn’t be surprised.