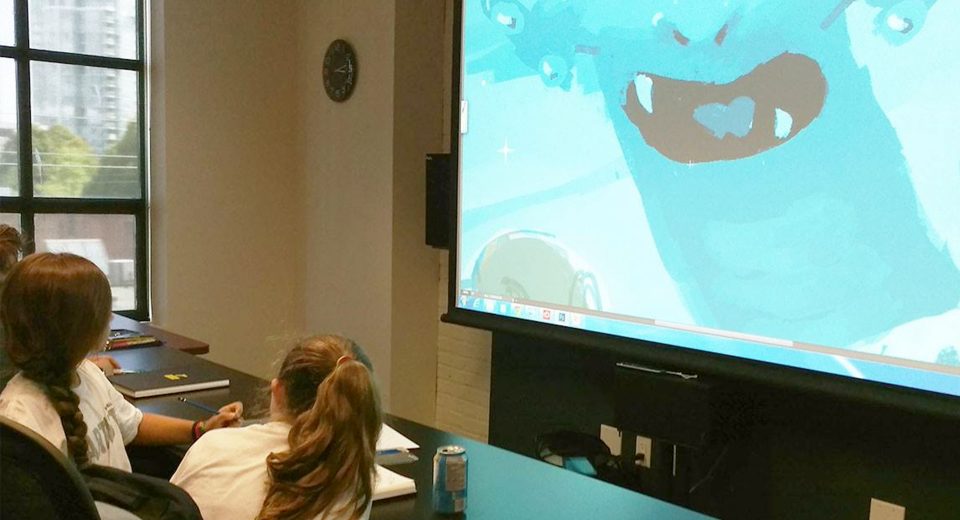 That’s why the Vancouver-based video game developer chose Arts Umbrella to benefit from a recent promotion through Humble Bundle, which sells digital content through pay-what-you-want bundles.

In just seven days, a bundle of critically acclaimed Relic games were available to customers who named their price – raising a remarkable $70,000 USD for Arts Umbrella.

The donation translates to more than a full year of Arts Umbrella’s Media Arts programming, which inspires creativity in about 1, 198 digital arts students each year.

Fourteen Media Arts students got an inside look at Relic’s headquarters on July 22, 2015, and had the chance to experience what the future may hold for them. The young digital artists received a behind-the-scenes-studio tour and a character-drawing tutorial led by three of Relic’s digital designers.

“All these people coming together to create something requires a lot of discipline. You need to be able to work well with others. But making video games is also really fun – so have fun,” said Justin Dowdeswell, GM at Relic Entertainment.

Relic digital designers depicted an out-of-this-world scene for students and then encouraged them to explore their imaginations.

“An astronaut has landed on an asteroid. Surprise! A monstrous creature emerges from beneath the surface…”

Lucky both for Arts Umbrella and our Media Arts students, Vancouver is one of four cities in the world recognized for producing digital games. Opportunities for young artists aren’t limited in our vibrant city, and that future is certainly brighter thanks to Relic Entertainment and this donation of time and financial support.

From all of us at Arts Umbrella – thank you, Relic!

Making video games is also really fun – so have fun! 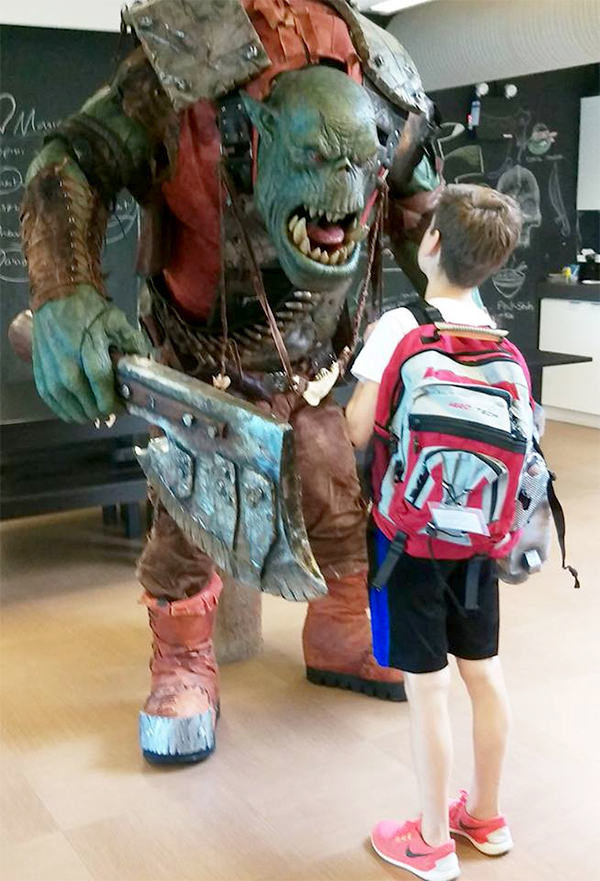