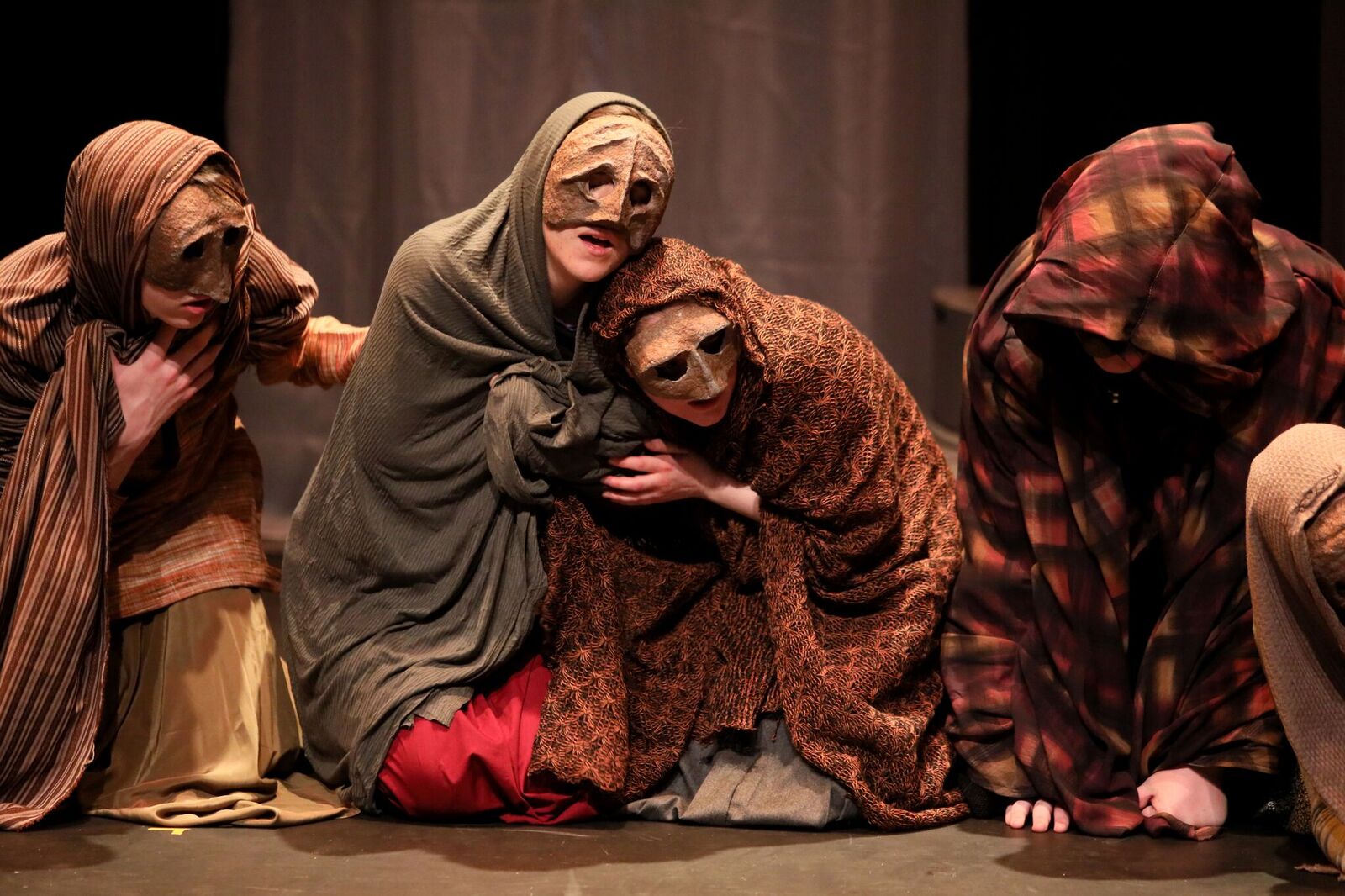 The Arts Umbrella Senior Theatre Troupe takes on a serious play for this year’s Expressions Festival. Euripides’ “The Phoenician Women,” translated by George Theodoridis, is a Greek tragedy full of fateful decisions and untimely death.

Masked and draped in shawls, the chorus in this play represent the people of Thebes. Often sharing lines, they are storytellers, people who share their country’s history with the masses. In the play, the chorus also reacts to the events, moving about the stage to act as witness to all that occurs between the brothers Polyneices and Eteocles on the battlefield, as well as Oedipus, Jocasta, Antigone, and Creon’s public proclamations.

Lighting and sound are used to great effect in “The Phoenician Women.” Harsh red lights wash over the stage as the Phoenician women and messengers talk of violent events. Through music, a steady rhythm of war and dismay is charged throughout the play.

Overall, storytelling takes centre stage in this play: exposition is used to engage the audience with classical history and Greek mythology. When stories are told, direct quotes are told through scrims, with shadowed movement reenacting horrifying deadly acts. You’ll learn of morality, fate, and judgement, as well as shared history and knowledge.

Actors in the Senior Troupe have impressively learned to project their voices into the theatre, capturing the cadence and emotion of such a tragic tale. They use body language as well as voice to proclaim their choices, and lift their masked faces to the sky to seek answers from Zeus.

Going back to the classics is an essential part of theatre. We hope audiences appreciate this journey into mythology and, perhaps, learn a thing or two.