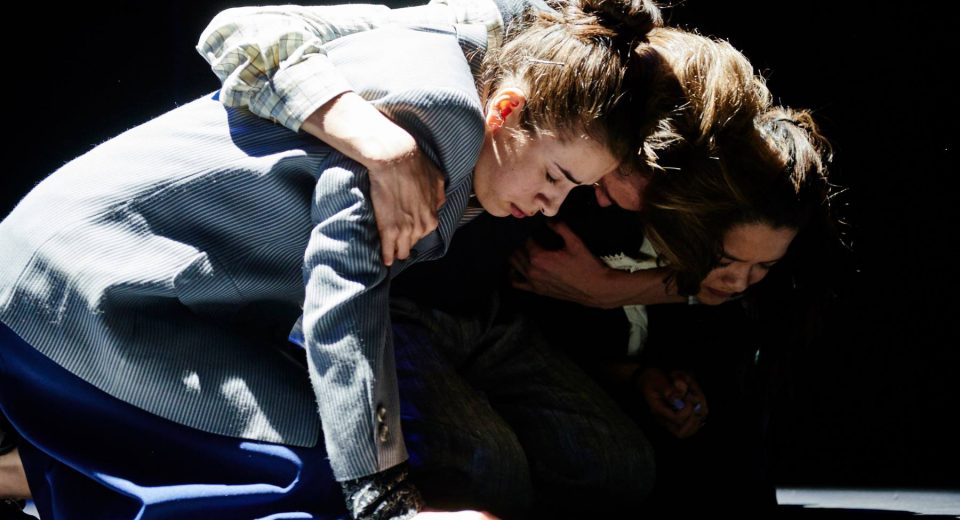 Today, as we celebrate victory, I send this personal message to you and all other boys and girls at school. For you have shared in the hardships and dangers of a total war…

So began King George VI’s letter to British school children. Dated June 8, 1946, to mark the London Victory Celebrations, the letter talks of victory, peace, and unity. It was a small note addressed to the world’s young citizens, a nation of young lives deeply impacted by World War II.

To imagine the war’s hardships and dangers, as we try to each Remembrance Day, we can start by reading the letter’s small print on the reverse: a chronological listing of invasions, occupations, sieges, and atomic bomb blasts that were only some of the true horrors that occurred between 1939 and 1945.

Between September 2015 and May 2016, the Arts Umbrella Laboratory Theatre Troupe students researched, wrote, and performed an original play, “Dangers of A Total War”, about the thousands of children evacuated from England during WWII, some of whom came to Canada.

“Multiple audience members told us about their family members who went through similar experiences as the characters,” says Sydney Marino, who co-wrote the play with Rachel Waterlow.

The play followed children as they left their families in the United Kingdom and travelled to Canada across the Atlantic. Canadian families fostered these young people – and the play didn’t sugarcoat the sometimes troubling and sometimes heart-warming homes the children found on the other side of the ocean.

The project required an immense amount of research to imagine Canada a lifetime ago.

“In addition to finding historical material regarding the child evacuations, we had to research the aspects of everyday Canadian life during the Second World War, such as schooling, speech, and family life,” says Sydney.

But as much as the history provided rich inspiration, is also presented unique challenges.

“The most challenging aspect was trying to balance my fictional ideas with historical material without limiting myself creatively,” says the young writer. But the hard work yielded impressive results – and it’s just one example of how Arts Umbrella’s Expressions Festival gives an opportunity for all students to share their creativity with the community.

“The way some people connected with the play showed me the importance of writing truthfully and with heart,” says Sydney.

In all, the Laboratory Theatre Troupe performed for students of six Metro Vancouver schools as well as adult theatre-goers. It was a production that explored the war’s hardship through the eyes of children. And through theatre, today’s students can consider those unimaginable times.