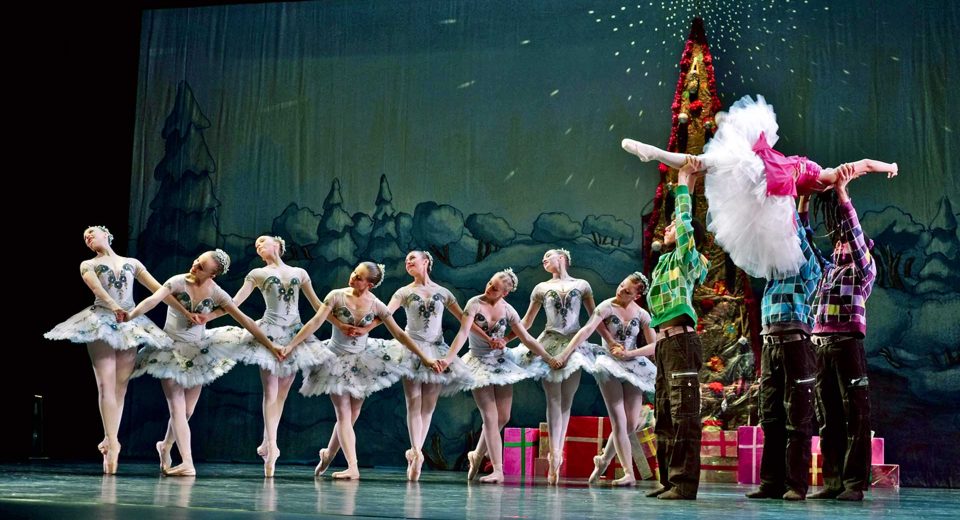 Arts Umbrella Dance Company just wrapped a week of sold-out school and public performances at the Vancouver Playhouse. Over 4,000 students from across the Lower Mainland visited the downtown Vancouver theatre to see AUDC blend ballet, hip hop, ballroom, and the grand ol’ pas-de-deux. A big thank you to our sponsor, Deloitte, for bringing the magic of theatre and dance to thousands of children this year.

Parent Denise Gilbert takes us behind the scenes to talk about how the magic came together and how the AUDC dancer are inspiring a new generation of dance enthusiasts.

This article was originally published on the AUDC Parent Blog. Follow along there for more behind-the-scenes content and information. 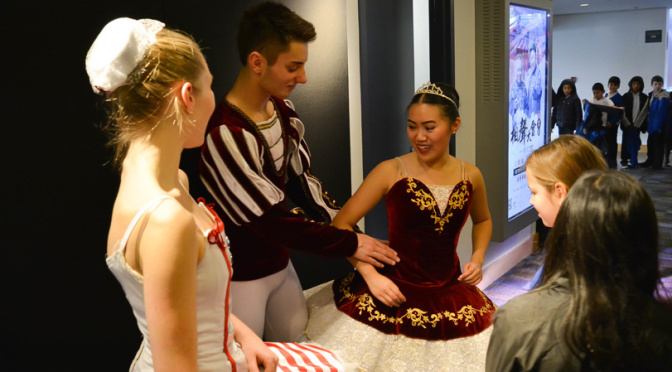 Outside, there was blazing, bright light that turned the sky blue and seemed vaguely familiar. Inside, under the stage lights, the nutty magic began: familiar, but with a few new twists. It was day one of Mixed Nuts—the start of the school shows—and the start to another edition of Arts Umbrella Dance Company’s seasonal magic.

We arrived at the theatre in time to see the big truck docking at the stage doors where everything required for the show was quickly unloaded. The Costume Angels got to work downstairs, organizing the long rows of costume racks and tutus, and initiating new volunteers into the secrets of tutu “gunning”. Upstairs, lighting cues were reviewed, music readied, and props set. Meanwhile, the dancers did their morning class, and prepared themselves for the first show of a ten-show run.

And in no time, the kid chaos began.

How many children will see the Mixed Nuts school shows at the Playhouse Theatre this week? If you guessed close to 4,000, you guessed right. The six school shows are devoted to introducing dance to children from across the Lower Mainland. That’s seriously nutty business!

School shows are shorter than the public shows, and only Senior Company dancers perform, but they include all of the highlights of the longer public shows, including hip-hopping mice, classical Sugar Plum Fairy, and pas des deux, all topped off with a well-choreographed hockey mash-up. Mixed Nuts is a great introduction to all types of dance, and it’s also a fun introduction to the classic Nutcracker ballet story.

Organization for the school shows begins at the end of summer, when schools are invited to book seats. The shows sell out quickly, and Arts Umbrella dance staff get to work, organizing seating plans for each performance, and making sure our young guests get the most out of the shows.

This year, AUDC grad dancers visited many of the attending schools and taught the children some of the dance moves from the show. As busloads of children arrived on opening day, the sound of their excited voices easily reached through the double doors of the theatre, and many of the children practiced the dance moves they had learned from the grads, while waiting in line for the doors to open. When the show was over, children excitedly gathered around AUDC dancers, still in their costumes. They had the chance to ask questions and learn more about the performance, plus see some of the costumes up close.

The sun continued to shine as the buses loaded up, and headed back to schools throughout the city and beyond. For some of the children, this might just be the start of a love for dance and theatre that lasts a lifetime. Now that’s magical.