In 2009, when her second daughter was just three months old, artist Dina Goldstein held her first exhibition of Fallen Princesses.

The change from a career as a photojournalist and magazine photographer to a life as an artist came as a big shift of priorities. She says she remembers saying to herself: “If I want to create my own work, I have to do it full time.”

A collection of vivid and magical yet gritty photographs, Fallen Princesses explores what comes after the fairy tale ending. Through staged sets, the artist questions – what happened to storybook characters after “happily ever after”?

The artist’s answers? Cinderella drinking in a dive bar, Rapunzel battling cancer, and the Little Mermaid trapped in an aquarium are just a few of the powerful images that challenge societal ideas of marriage, beauty, happiness, and perfection. Frank and engaging, the collection went viral: resonating with people (and media) around the world and earning the artist accolades, exhibitions, and awards, including first place in the 2014 Prix Virginia.

Dina’s impressive body of work also includes donations to Arts Umbrella’s Splash. Her 2016 piece, “In the Dollhouse, Breakfast”, is a fly on the wall in the house of an unhappy Barbie and Ken, and the images look beneath the plastic surface of pop culture to explore a place where the “truth is writhing to be set free.” Dina’s next collection and new in 2016, Modern Girls looks at commercialism through the frame of advertising posters in 1930s China. It opens next month in Paris.

But as much as the artist’s work is appreciated internationally, it is truly created at home.

Dina’s daughters are now 7 and 11, and the girls sometimes help build the detailed sets that are so magical in the final images.

“I encourage art of any sort. I encourage taking pictures, I encourage everything,” says the artist and mother. “Although I don’t think my daughters are going to be artists—we’ll see. Usually kids don’t want to be like their parents.”

But as Dina talks about the arts in her own childhood, it’s interesting how the joy of creativity has been inter-generational for her family.

“My father was a jeweler,” she says, “In that way he was very creative. I always used to see him scribble. There was creation there, and as a child I liked to create a lot.”

Dina says her parents were quite young—“the opposite of helicopter parents”. And for her family, that carefree approach translated to family values of creativity and being open to anything.

“It was that freedom. Instead of having pressures,” she says, “that freedom allowed me to be.” 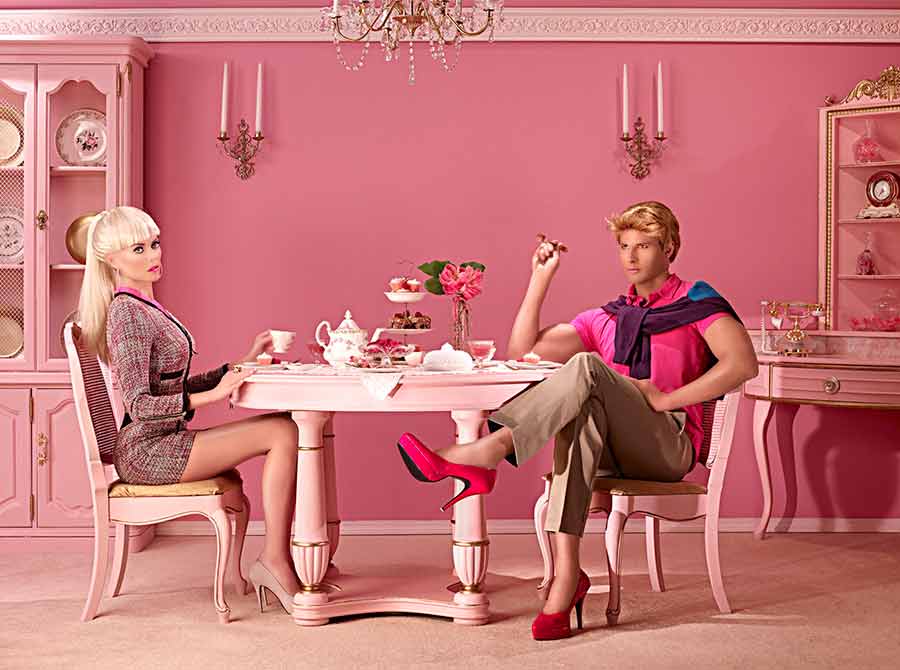 In The Dollhouse, Breakfast (Special Edition), 2012 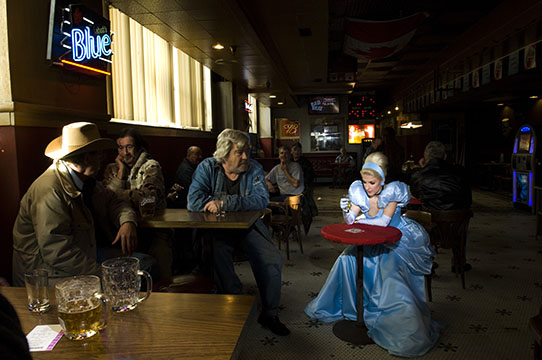