Stories How to capture rare ...

How to capture rare creatures – through art 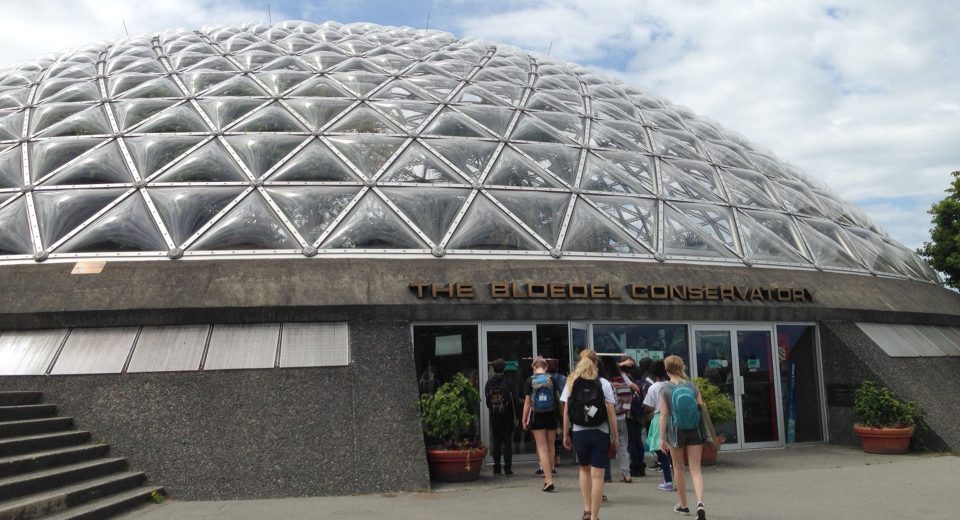 Almost all the students in Arts Umbrella’s Fine Art of Hanging Out class are working quickly and quietly to sketch the chatty parrots, darting finches, and gleaming pheasants who live in the Queen Elizabeth Park tropical conservatory. But a couple of teens are teased away by the search for Pokémon in the phenomenally popular augmented reality game, Pokémon Go.

Pokémania is likely a major topic of conversation in many kids summer camps around the world this year. And the Fine Art of Hanging Out class, which explores various locations to create “en plein-air” (in the open air) artwork, is no different.

After the bus ride, where a main conversation topic is training gyms and battles, the visual arts students in the Fine Art of Hanging Out are encouraged to switch focus and capture the world’s creatures in an increasingly rare way: through their art.

At Bloedel, the teen students walk the narrow paths armed only with a sketchbook and pencil.

“No erasers allowed inside. Only a pencil,” says instructor Roxanne Gagnon, who is also the Artistic Director, Visual, Applied & Media Arts. “The bits of eraser can clog the birds’ systems.”

On the field trip, each student takes a backpack containing their art supplies for the day. It’s each individual’s responsibility to make sure they have everything from sharpened pencils to an eraser – being prepared is a life skill, says Roxanne. And being prepared also extends to what the students sketch and the details they record in their notes.

“The sketchbook is all the information you need to be successful,” she reminds the class – which is in its fifth and final day. That includes making notes on colours, movements, and surroundings. Many times she emphasizes: “The sketchbook shouldn’t be finished work.”

The class’ graphite images soon reflect the tropical birds, flowers, trees, and other features of the conservatory. Working quickly and only in pencil, the students sketch the forms of the birds. They make notes about pinkish white or iridescent feathers. And then they move onto a new page for a new winged creature. Soon, pages fill up with a half-dozen or more flying creatures.

After 30 minutes or so, the class leaves Blodel Conservatory and gathers on park benches by the Dancing Waters fountain. Their final task of the class is to finish watercolour paintings from earlier in the week. Many of their works in progress feature the floral displays, winding paths, secret benches, and other tranquil sights in Queen Elizabeth Park.

Instructor Roxanne provides a quick reminder of overall technique, brush types, and a challenge to mash up the week’s field trips into one image, but otherwise it’s the time for the students to create, to rely on the notes they’ve captured in their sketchbooks in order to produce finished work. And those sketchbooks – with notes on all they observed – are their only reference material.

With the class sharing fresh cherries, art boards propped on their knees, not a cellphone in sight, and the students relying solely on their sketchbook observations, the timeless moment could be placed in any century. And it’s perhaps this moment that most reflects the magic of the class, which is one of Arts Umbrella’s most unique. It’s a moment that feels truly befitting to the name: the Fine Art of Hanging Out. 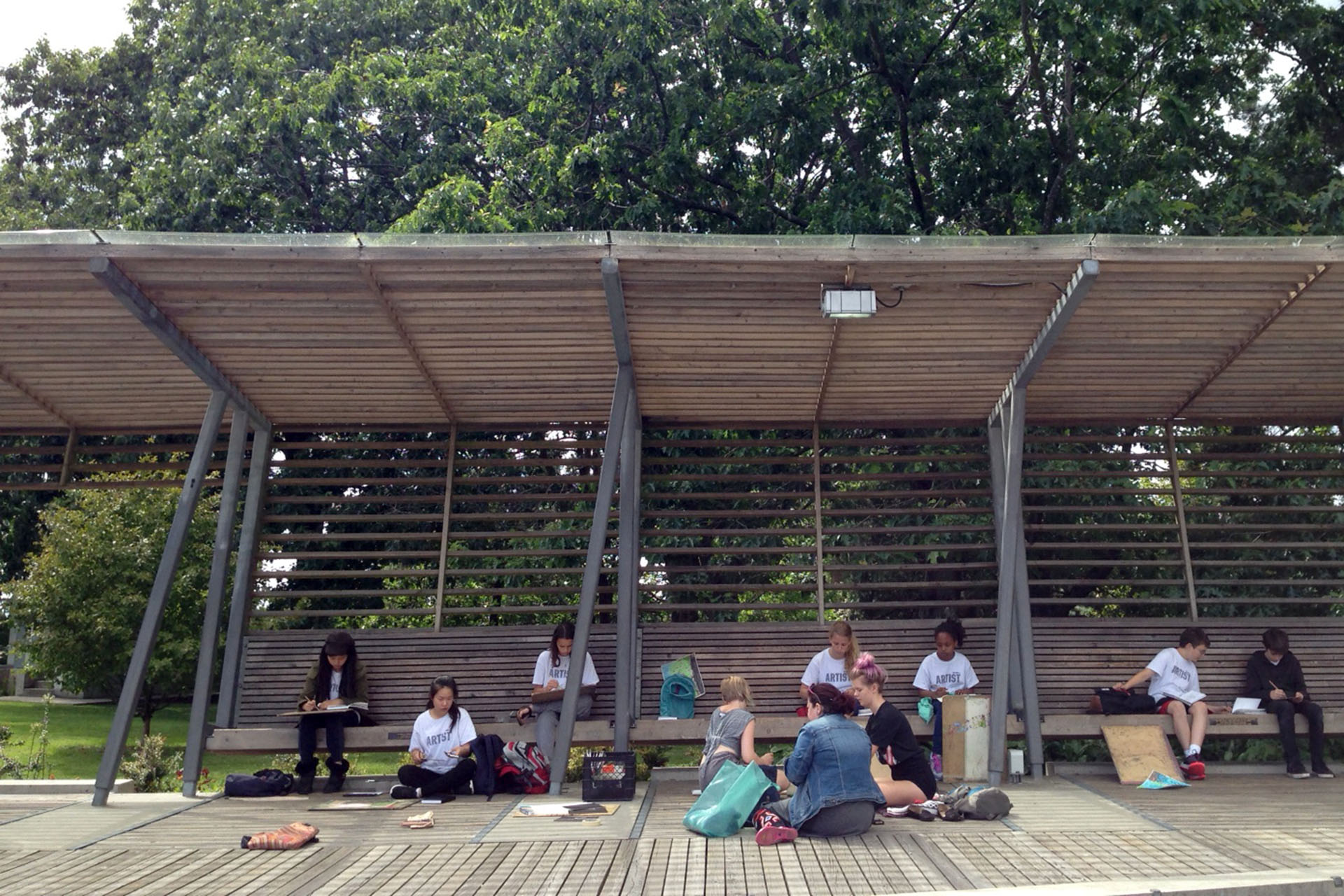 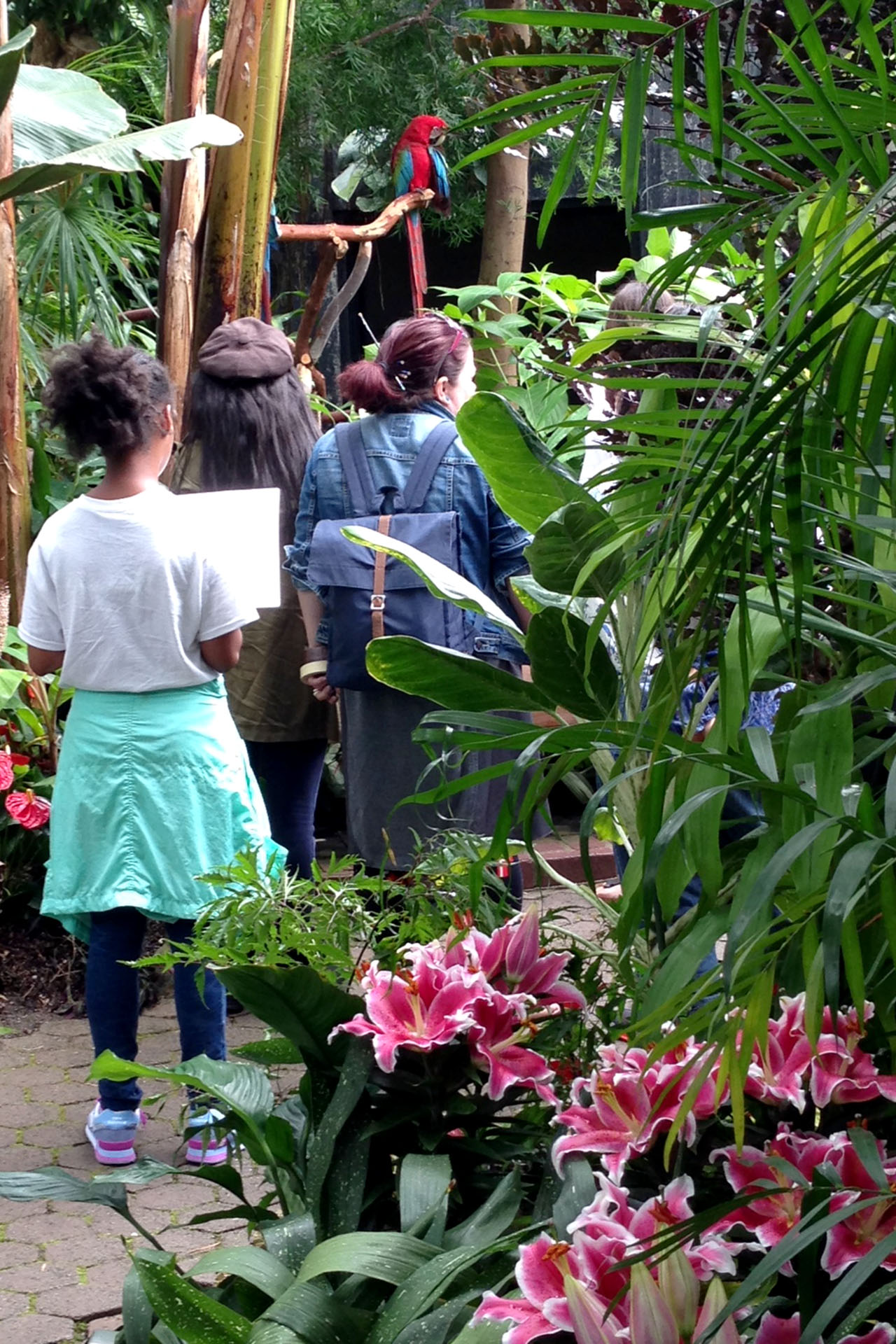