Behind the Scenes with Arts Umbrella Theatre Conservatory — Part 1 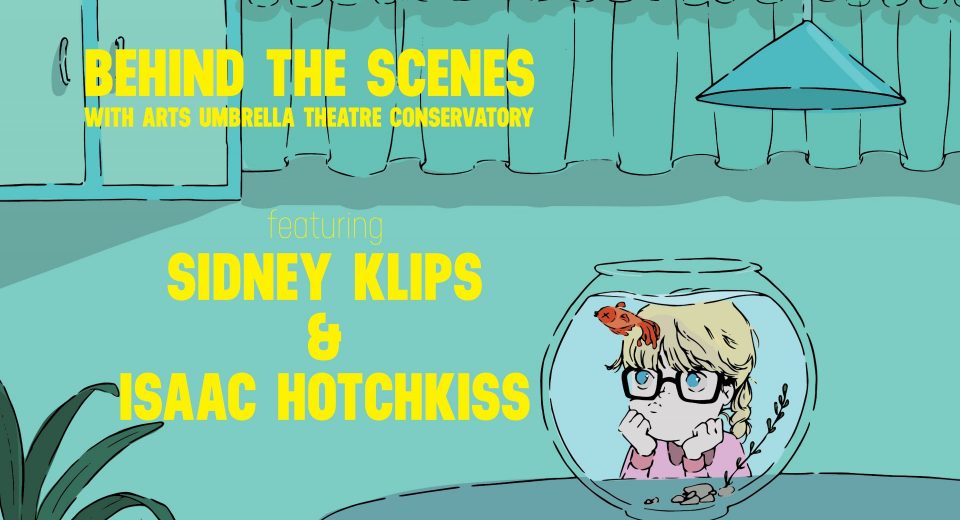 Theatre Conservatory students Sidney Klips and Isaac Hotchkiss take us behind the scenes of their year-end production of Girl in the Goldfish Bowl. In our first installment, Sid and Isaac set the stage for us with intel on how they chose the Morris Panych play, what their goals are, and working with director Barbara Tomasic.

From Isaac Hotchkiss (aka mr. lawrence) 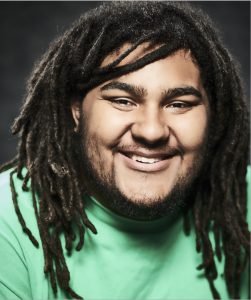 This is where we’ll have things like interviews with the cast and crew — maybe even with the characters themselves! We will also be posting about things like the actor’s process, behind-the-scenes photos of the cast rehearsing, aspects of theatre, and insights about the story and setting. We will be rehearsing throughout May and putting the show up in June.

As one of the students in the conservatory program at Arts Umbrella, I can’t even begin to say how excited I am for this project. We have an extraordinary cast and crew working on this show, and the script is probably one of the best I’ve ever read. This is one of the few times that I have dabbled in more contemporary work and not Shakespeare, so this experience is so valuable — to participate in and to witness.

This is an ensemble piece, so no characters are wasted or are just space fillers. The play wouldn’t work with any of the characters missing, and to me, that’s the sign of a great play. It’s also a great indicator that no scene is unnecessary, meaning you’ll be on the edge of your seat the whole time.

About the show
In the fall of 1962, young Iris has just had to say goodbye to her beloved goldfish Amahl and is reeling from the event when she finds a homeless man named Mr. Lawrence wandering the beach. Cue the hilarity as Iris tries to convince her parents it’s her fish back from the dead. But Mr.Lawrence might just end up adding more to the family than the fish did. Will Mr. Lawrence make a good replacement for the fish? Will Iris be able convince him what he truly is? You’ll have to come to the show from June 9th to the 15th at to find out!

FROM sidney klips (AKA iris) 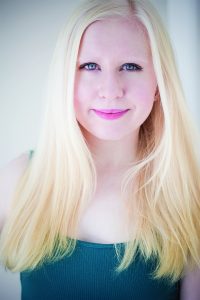 Ah, the beloved first table read with all its nervous anticipation! To sit and meet. To sit and read. To sit and explore.

Our class, be it very small as it is, had the special task of finding a piece, (together with producer Andy Toth, and director Barbara Tomasic) to suit us, one that we were passionate about bringing to life.

The task proved to be harder than anticipated: what would suit us with our diverse interests and capacities? What would we agree upon? Would we agree at all? What, given our discussions of theatre and its relevance, would we deem as valuable to an audience?

After scouring libraries, sharing around scripts, and scrolling through a fantastic app called “Scribd,” (check it out!) we read aloud out our top picks, including Girl in the Goldfish Bowl. From the opening mention of the memory-inducing “verdigris-dipped walls,” I immediately fell in love with the spectacular imagination of the little girl Iris, the delicious language, and the powerful, sensory images of Morris Panych’s play.

After falling head over heels with it, a strange coincidence led me to believe the rights were not so easily obtained. The evening of our Come Together performance, Isaac and I received the email together that yes indeed, we were going to be able to make it a reality!

One of the Theatre Conservatory program’s goals is to create performers with a multidimensional perspective and understanding of various roles in the production process; to achieve this, we have the wonderful opportunity to shadow the other artists.

Barbara Tomasic, our wonderful director, (and vocal coach extraordinaire, and superhuman…in fact, is there anything she can’t do?) was so kind as to walk us through her process in developing and researching a show. To respect the personal nature of this I don’t wish to give much away, however I will say I have found a new appreciation for Pinterest and cat stickers. What a generous gift to have our director allow us into her creative journey. I believe the greatest artists are those that challenge their collaborators and simultaneously allow them the freedom to express their individual artistry in contribution to the overarching vision. On this project and throughout my time working with Barbara throughout the year, I have never felt so called to better myself every day, because she demands it by her courageous and generous example.

Onto auditions: another fascinating chance to put together pieces of what we have learned, and sit on the other side of the table. Seeing different pairings and possibilities helped solidify that these nerve-inducing processes have as much to do with chemistry and play as it does talent and the originality you bring into the room. I began to see the thought-provoking offers Barb was making with her auditionees, a rarity indeed, which sparked completely different reflections in my thinking about the circumstances of the play and my character within it.

Without much delay, the cast was assembled and I eagerly anticipated the first read through, and for me one of the most exciting parts of the process of putting up a show. Much research and personal practice takes place in a vacuum of the self as you begin as a young actor, and so the opportunity to connect and create with passionate people on a project is the ultimate treat! This is when ideas are bounced around, controversies and conversations sparked, and the characters are given voice and begin to pop off the page.

As the weeks go by, we will speak more in-depth with our designers and unpack the rehearsal process with the cast. Also to note, none of us would be anywhere without the sublime and insightful Tessa Gunn keeping us all on track as our production manager!

>> PART 2: The importance of character study