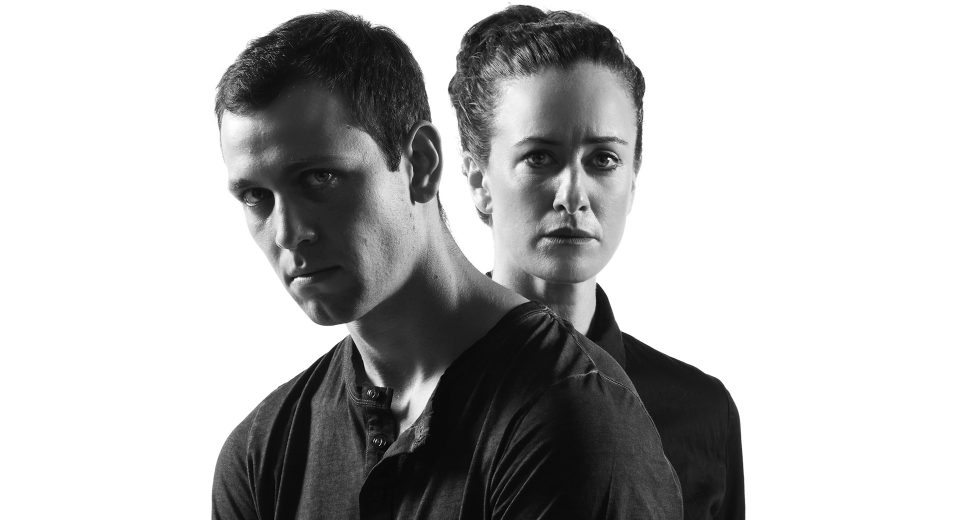 Not one, but two Arts Umbrella alumni are the stars of an intimate and powerful PuSh International Performing Arts Festival show this month. The Events, written by David Greig in 2013, has been staged around the world, and makes its English Canadian debut at the Russian Hall January 17, 2018. The play is based on the 2011 killing of 69 people at a summer camp in Utøya, Norway.

Luisa Jojic—a former Troupe member and contemporary to AU Artistic Director of Theatre & Music Paul Moniz de Sà—read the script and was immediately moved by the character Claire’s journey. An admirer of Pi Theatre’s work, she was thrilled to take the role. “The fact that it was inspired by true events, and the way that Greig explored the issue at the heart of the play—this act of violence and forgiveness—I was excited, but also just so ready for this in the sense that it’s such a timely piece of theatre,” says Luisa. “To be able to apply my craft to this is really exciting.”

She plays Claire, a lesbian choirmaster and priest in the Episcopalian church, who witnesses a terrifying and painful event. To prepare for the role, Luisa says she began by reading the play daily. Before rehearsals began, she researched every reference in the play, including the event that inspired Greig to create the work. She also researched the Episcopalian faith and the evolution of same sex marriage within it, as well as what a choirmaster does and how they conduct. “Once we started rehearsals, it was so exciting to bring all that research into the room,” she says. “And then to be in such a supportive, artistically inspiring environment.

Douglas Ennenberg, who “grew up at Arts Umbrella,” had to approach his role in a different manner. He plays 11 characters in The Events. “I play the attacker [the boy]. I play Katriona, Claire’s partner, Claire’s doctor, people she meets in her attempt to understand the boy better,” he says. To audition for the role, he did multiple readings to showcase his ability to play a diverse cast of characters. Translating it on stage was a unique challenge, especially given there are no costume changes, and he remains on stage throughout most of the play. “I basically delineate the characters with slight physical and vocal adjustments. It’s a lot of changes and transitions for me throughout the play.”

While the set design is sparse, one of the highlights of the production is its use of a live choir. Mischelle Cuttler, music supervisor and accompanist, is on stage throughout the play. She helps lead the choir, which serves as spectator and performer for the play. Over 12 choirs from across Metro Vancouver will participate over the show’s run at the Russian Hall.

The Events is a nuanced exploration that seeks to answer the question ‘why.’ “It’s a work of real humanity and extreme forgiveness in a search for innocence,” explains Douglas. “What is the boy? He’s a combination of so many pressures and oppressions, and sickness that we encounter all the time.” The play isn’t filled with violent acts. Instead, it focuses Claire’s attempts to understand, and the community that finds a way to move on.

The audience gets to share that experience as well. “That’s the thing I love about theatre: that it brings people together in an act of discovery,” says Luisa. “That it’s an opportunity to process things in a way that’s not just cerebral, that’s not just dialogue.”

Both Luisa and Douglas express their gratitude for the opportunity to perform at PuSh. “I’m an emerging artist,” says Douglas. “As someone who’s just come out of theatre school less than two years ago, to be working with one of the best companies in Vancouver, on such an intimate project, with an internationally acclaimed script, has been incredible.”

“It’s exciting to be working with another Arts Umbrella grad,” says Luisa. Though the two actors attended Arts Umbrella at different times, there’s a shared reference point and community. “Arts Umbrella really was fundamental in planting those roots of creativity, and [showed] me that it is possible to have this career,” says Luisa.

For young theatre artists today, Luisa and Douglas remind them to pursue their passions. “Keep doing what makes you excited; keep doing what fulfills you,” says Luisa.

The Events is playing January 17-27 at the Russian Hall in Vancouver.