“I spent my Friday nights at musical theatre class, which meant I had to say no to a lot of high school parties,” says Arts Umbrella Theatre & Music alumna Mika Chircoski. “I think having that focus and those friends outside of high school helped me to have a really great school experience while staying away from some of the more risky behaviour.”

Beyond high school, the arts have had a lasting impact in Mika’s life – both personally and professionally.

“Because of my theatre and performance background, public speaking comes very naturally to me,” says Mika, a lawyer with the federal government in Vancouver. “When speaking in court, in a meeting, or with a client, I use the skills I learned at Arts Umbrella.” She adds that creative pursuits have also helped her become a more effective problem-solver.

Like many former Arts Umbrella students, Mika’s day job isn’t on the stage or screen, but arts training has helped her grow a life-long appreciation. Attending performances and singing with Higher Ground Women’s Ensemble, a North Vancouver choir, are just two of the ways she keeps the arts as part of her life.

“I think exposing children to arts programming at a young age gives them an appreciation for the arts, and gives them important skills that will be relevant in any career,” she says. “And as much as we need people who spend their careers in the arts, we also need people engaged with the arts and interested in being an audience member.” 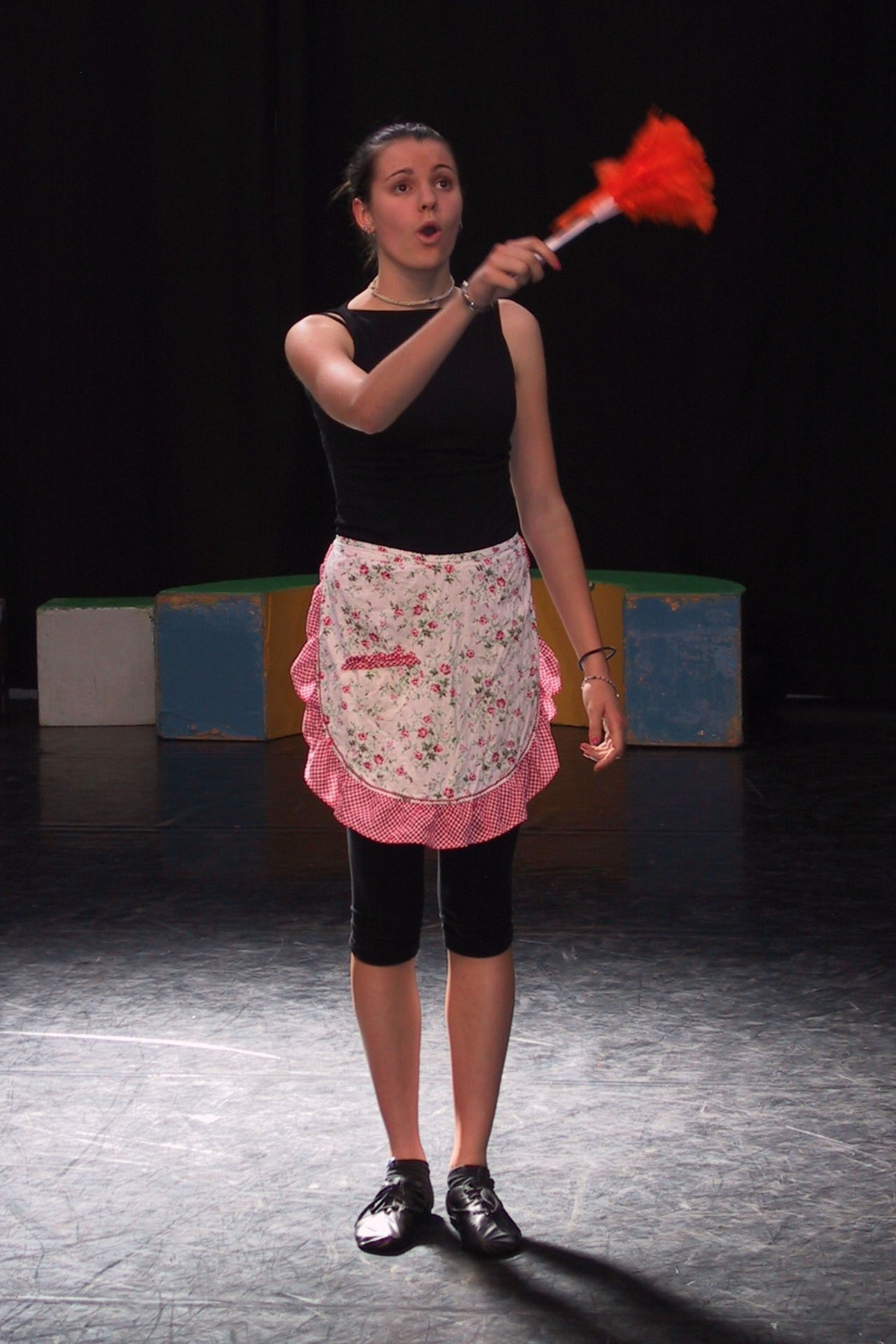 Mika performing "Happy To Keep His Dinner Warm" from How to Succeed in Business Without Really Trying.