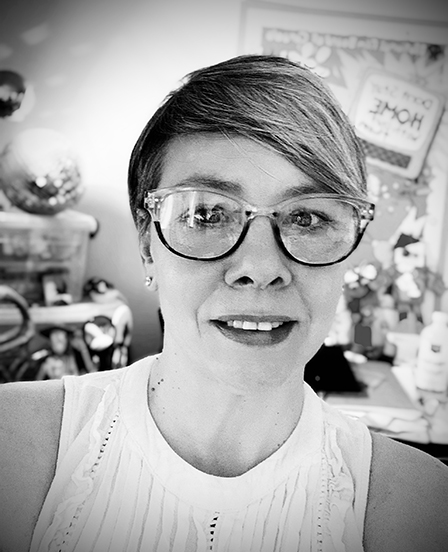 Niki graduated with a degree in media arts with a focus on traditional classical animation from Emily Carr University in 1998. She was awarded the Hellen Pitt award for her grad film "Becky's Brown Box" for the media award for the grad year of 1998. After graduating from Emily Carr, Niki went on to immediately work in the animation industry here in Vancouver, and she worked on many fun shows and commercials. Niki originally hails from Victoria, BC where she studied at Camosun College in the two-year associate of fine arts program. At Camosun Niki focused on painting, print making, photography, animation, and film making.

When Niki is working in her home studio she might be sewing, making dolls, painting, creating photographs, animating or even if the mood strikes, making some cookies for her friends. She has also begun to work towards becoming a member of the Directors Guild of Canada and enjoys working in the film industry as a production assistant with hope of one day moving up to assistant director *fingers crossed*. And, if all of this isn't enough, she also hopes to complete a graphic novel in the very near future.