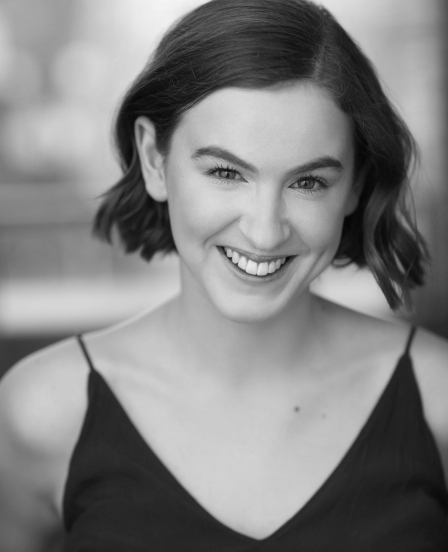 Holly Collis Handford (she/her) is an actor, singer, dancer, and musician hailing from the Cowichan Valley and based in Vancouver. Holly holds her ARCT in Voice Performance (classical singing) from the Royal Conservatory of Music and is a graduate of the University of British Columbia’s BFA in Acting program. She has performed with Axis Theatre (Commedia in the Park’s Juggle Me Not), the Greater Victoria Shakespeare Festival (Julia in The Two Gentlemen of Verona), United Players (Emilia), Theatre Under the Stars (Cinderella), and UBC Theatre (Revolt. She said. Revolt again.). Additionally, Holly has composed music for National Theatre School’s Art Apart initiative (Papa Records Everything) as well as for multiple UBC Theatre and Film productions. Holly has been teaching music and singing lessons since 2014 and loves to inspire confidence in young performers. She is grateful to work and live on the unceded ancestral and traditional territory of the Coast Salish peoples.