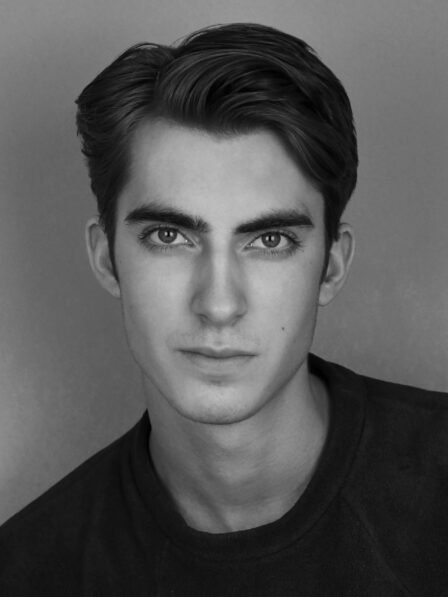 Born and raised in The Hague, The Netherlands, Gijs has been dancing since the age of nine. After beginning his training at a local dance studio, Gijs entered the professional dance world at age eleven, as a student of the professional dance training program at the Royal Conservatoire of The Hague. There, he studied a mix of ballet and contemporary dance, working alongside and training under various affiliates of Nederlands Dans Theater.

After earning a Bachelor of Arts in dance at the Royal Conservatory, Gijs joined the Arts Umbrella community, enrolling in Arts Umbrella’s Post-Secondary dance program in Vancouver, British Columbia, under the direction of Artemis Gordon.

Gijs has been a proud and active contributor to the Arts Umbrella community since 2019. Throughout his training, Gijs had the privilege of working with world-renowned artists such as Crystal Pite, Artemis Gordon, Medhi Walerski, Yvan Dubreuil, Eric Beauchesne, Martiëtte Redel, Valentina Scaglia, Livona Ellis, Sabra Perry, Lynn Sheppard, among many others. In tandem with his training and teaching at Arts Umbrella, Gijs continues to grow and develop his acting skills at Vancouver’s esteemed acting school, Kot Creative Studios, training under James Kot. Gijs is thrilled to share his knowledge with his students and grow and learn together over the upcoming year.