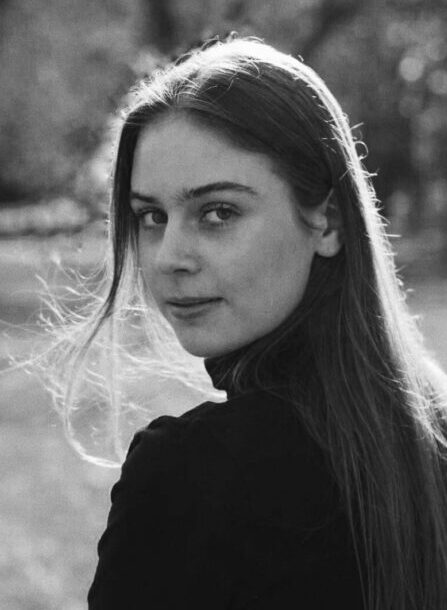 Elle was born in Regina, Saskatchewan, where she began her early dance training. At the age of 16, Elle was accepted into the Alberta Ballet School’s Professional Division under the direction of Ashley McNeil. Here, she trained professionally in ballet and contemporary techniques under the tutelage of Murray Kilgour, Aram Manukyan, Graham McKelvie, Sasha Ivanochko, and many others. During this time, Elle was able to achieve her examinations in Cecchetti Intermediate and Advanced 1. After graduating in 2019, Elle proceeded to dance in Alberta Ballet School’s Post-Graduate Program for one year before moving to Vancouver to attend Arts Umbrella’s Graduate Program.

This will be Elle’s third year as a part of the Arts Umbrella community. She has been so fortunate to learn from so many incredible artists such as Sabra Perry, Artemis Gordon, Rupert Tookey, Lynn Sheppard, Anna Herrmann, Crystal Pite, Eric Beauchesne, Anne Plamondon, and many others. Elle has absorbed extensive knowledge since she began her dance education at Arts Umbrella and she looks forward to every class where she can translate her passion and what she has learned to a younger generation.