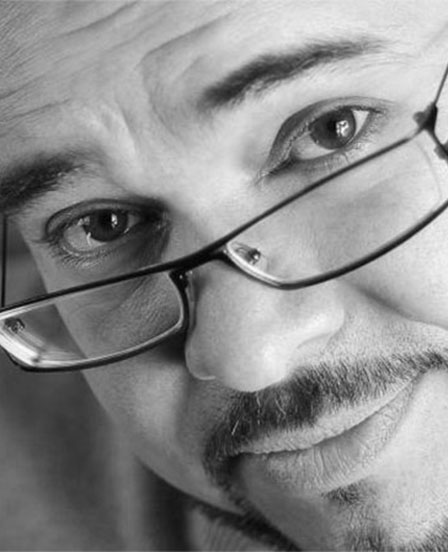 A graduate of New York's prestigious American Musical and Dramatic Academy, Andy has been directing, coaching, teaching and performing in Vancouver for 25 years. Local directing credits include The Fantasticks, Assassins, Oliver, West Side Story with the Chilliwack Academy of Music, and Anne of Green Gables for the Kamloops Symphony Orchestra. Andy also had the pleasure of directing the late Canadian Icon and CBC radio legend Jurgen Gothe in his hilarious wine show Up Your Glass… a wine entertainment. As a performer, local audiences may remember Andy as Edna in Hairspray at Theatre Under the Stars and the Arts Club, as Brian in Avenue Q for the Arts Club, and much more. Andy also has a thriving voice-over career having voiced hundreds of cartoons and commercials over the past 20 years.

Andy is in demand as an adjudicator, workshop leader and coach for individuals and groups of professionals and community performers alike. He has been a guest speaker for auditions, courses and conferences at SFU, UBC, and Capilano University and businesses like RBC, FirstWest, and others. Andy also served as Musical Director for the smash hit production of Spring Awakening at Studio 58, and is the former Artistic Director of Awkward Stage Productions, a leading youth theatre production company.