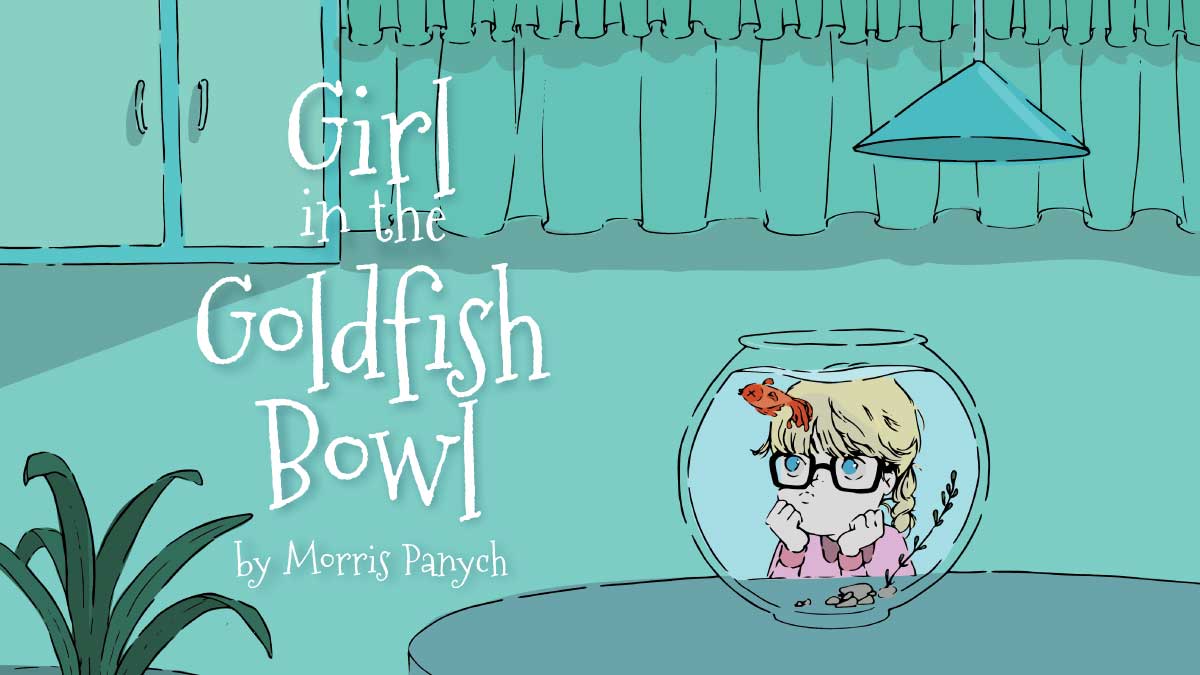 Iris, played by Arts Umbrella Theatre Conservatory student Sidney Klips, is reflecting on three days in 1962 during the Cuban missile crisis, when she was 10. Integral to her childhood and at a time when she was leaving it, the play opens with Iris lamenting the death of her goldfish. A wanderer from a nearby beach soon enters Iris’s home and life. Mr. Lawrence, played by Arts Umbrella Theatre Conservatory student Isaac Hotchkiss, is perhaps her goldfish reincarnate, though his aloof disposition leaves the audience both mesmerized and unsure. What follows is a poignant tale of family, loss of innocence, independence, and obligation. The theme of a struggling family is timeless, so Panych’s story doesn’t feel dated in 2017. Instead, audiences can see those similarities and connect the events on stage to their lives. “I think the challenges [these days] are still the same in marriage, in parenting, with children of divorce,” says director Barbara Tomasic. “It’s also a play about a man who can’t find his place.” “We still struggle with that in Vancouver, we struggle with people who don’t have a home who want to be part of something, we still struggle with families that are not happy and are trying to change their path.” —Barbara Tomasic, Director of Girl in the Goldfish Bowl

Set- and costume-designer Heipo Leung has interpreted Girl in the Goldfish Bowl in a style and tone that will be familiar to Vancouver audiences. Cool grey, green, and blue tones, combined with pebbled lighting by Joel Grinke, the lighting and projection designer, is true to the West Coast. On stage, furniture captures that 1960s vibe, while lighting and projections submerge the set underwater. “There are a lot of strange occurrences in the play that are kind of magical, so the design is a real mix of surrealism and reality,” says Tomasic. In contrast to the plot, which is full of nuance, subtle character arcs, and meaning between the words, the set is simple and beautiful. Arts Umbrella Theatre Conservatory students Sidney Klips and Isaac Hotchkiss have a unique opportunity to perform alongside Vancouver-based actors Gabriel Kirkley, Paige Fraser, and Jennifer Long for this production.

The Arts Umbrella Conservatory Theatre Program was created to address a need in the community for a stepping-stone or gap-year program to help transition young actors into the workforce or post-secondary study. An intensive, eight-month, full-time program, the conservatory program provides students with specific training and development in a broad range of acting styles, training in body awareness and physical expression, voice development, production management, and career development. In addition to classwork, young actors also learn audition prep and take part in performances throughout the year. During their third and final term, students work with a professional director on an ensemble piece, working on all aspects of the work, including marketing, design, tech, and production.

“A lot of what they’re learning is how to conduct themselves in rehearsal professionally, but also good rehearsal habits and what kinds of questions to ask. You don’t always learn those things in class. You don’t learn them until you’re on your feet, and when you’re surrounded by professionals you gain good habits. Sometimes the thing that separates actors in the professional world isn’t talent, but the attitude and the behavior and the awareness of how to be in a rehearsal. This kind of mentorship is crucial for young artists trying to break into a career in theatre.” —Barbara Tomasic, Director of Girl in the Goldfish Bowl; instructor at Arts Umbrella “The teachers have been so invested in our uniqueness and developing our strengths and catering the program to what we need out of it. Andy [Toth] has been really great about creating opportunities for us.” —Sidney Klips, Arts Umbrella Theatre Conservatory student “The program doesn’t feel new. Everything feels so natural and the work is so in-depth; it’s an intimate program and a really supportive environment.” —Isaac Hotchkiss, Arts Umbrella Theatre Conservatory student