Arts Umbrella is very proud to have helped establish The OCTA Collective Society, acting as a mentor when the organization was first conceived. The mentorship included sharing Arts Umbrella curriculum for workshop-based programming; training OCTA staff; and, advising on the creation of their Board, the Board selection process, and governance. Over the years, the mentorship continued by seeding funds through the provincial outreach program and giving workshops on how to raise funds and develop revenue. “Arts Umbrella celebrates the 10 year anniversary of the OCTA Collective and their program for artsREACH,” said Arts Umbrella CEO, Lucille Pacey. “We are thrilled to see the the program is thriving and doing well. We are very proud of the role we were able to play in helping make this happen.” Pacey remembers how OCTA got its start. “A group of women in Victoria had come to the conclusion that if younger people and children received arts training, they would have fewer issues in their adult lives. They reached out to create an Arts Umbrella-like organization in Victoria. Similar to Vancouver, we chose to work with schools in vulnerable neighborhoods with at risk children who would typically not have access to any arts programming. Children in all cities and regions deserve the right to quality arts programming and we saw this as important initiative for Victoria.” Established in April 2004, The OCTA Collective Society is a not-for-profit organization based in Victoria, BC. “OCTA” is an acronym for “Only Creative Thinking Allowed.” They deliver arts workshops to elementary schools that have been identified as having a high population of children form low income families. In their artsREACH workshops, the children participate in painting, printmaking, theatre, dance or video workshops taught by professional artists, actors, dancers and filmmakers hired and trained to teach creative techniques and skills in a positive and encouraging learning environment. Congratulations OCTA for ten years of inspiring kids through the arts! 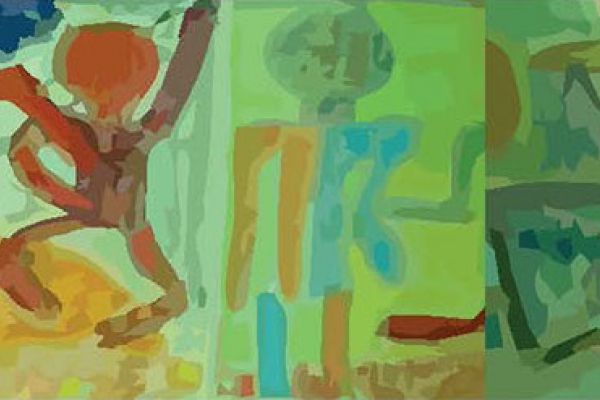