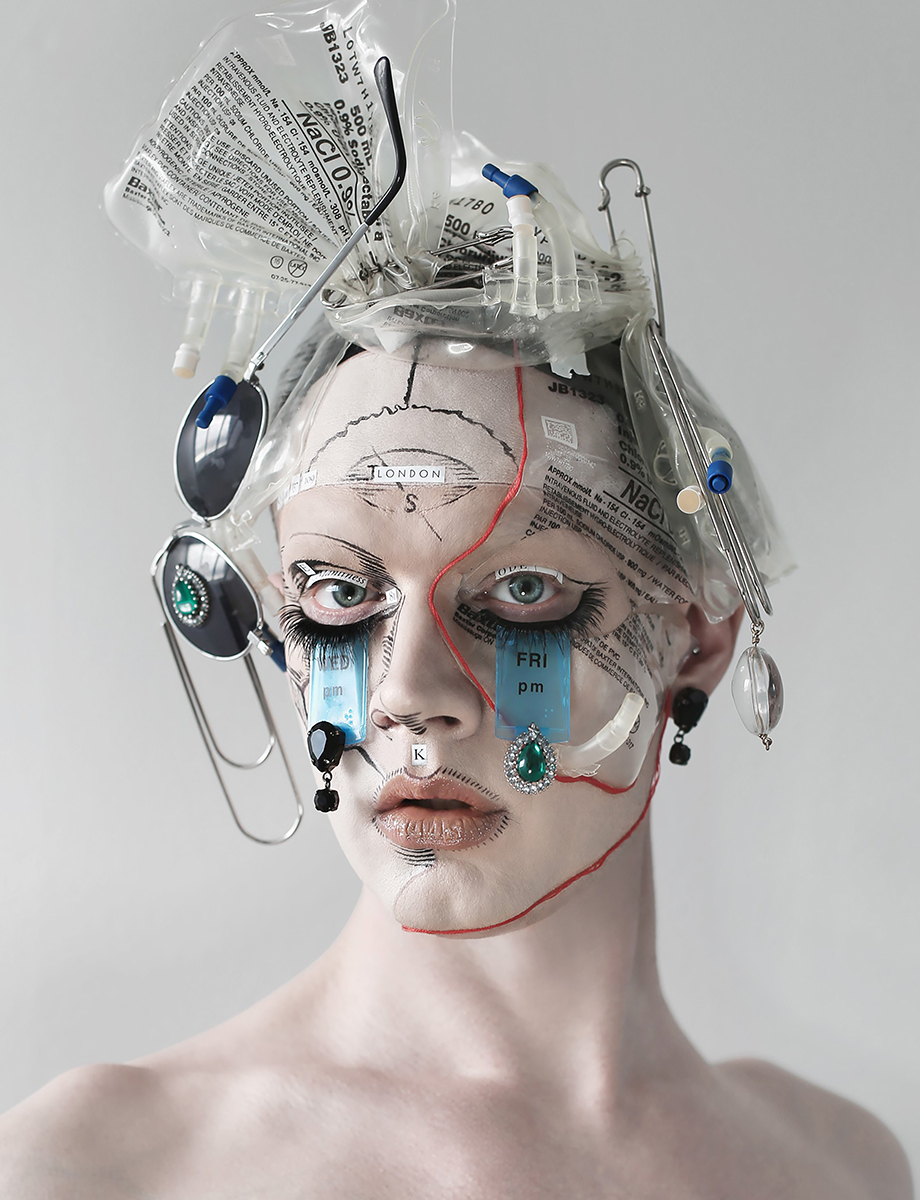 After growing up in a small town of less than 200 people in rural Saskatchewan, Lyle XOX relocated to Vancouver where he attended the Blanche MacDonald Centre for Applied Design and worked for MAC Cosmetics for over fifteen years. Once XOX decided to focus solely on his artistic practice, his career skyrocketed. In 2019, he was named as one of the Vogue World 100 for pushing boundaries in art, beauty and style.  That year, XOX also released his book Lyle XOX: Head of Design and was hosted by both the Dutch fashion house Viktor&Rolf and Cirque du Soleil to witness his process. Recently, CBC produced a full-length documentary, Random is my Favourite Colour, and XOX was featured in V Magazine and Montecristo Magazine. He has also collaborated with FKA Twigs and is working on a campaign with Korean eyewear brand, Gentle Monster.