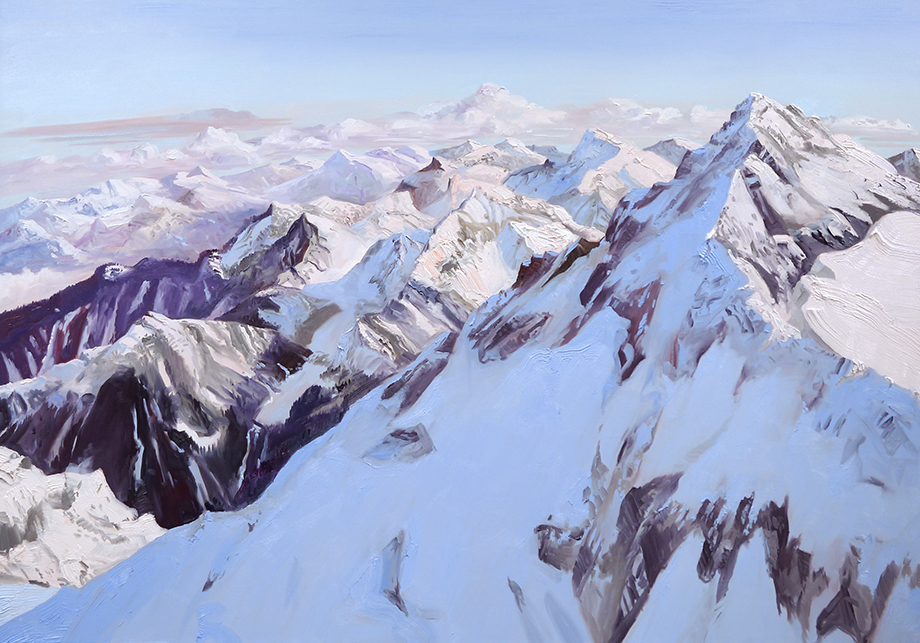 Behind Blackcomb, 2019
Oil on linen
48 x 68 in
Donated by the artist
Courtesy of Nicholas Metivier Gallery
Estimated Value: $26,000

John Hartman was born in Midland, Ontario in 1950. He is one of Canada’s preeminent painters and is known for his gestural depictions of some of the country’s most iconic landscapes. Hartman has exhibited extensively in Canada as well as in New York, New Orleans, and London, England. His work was the subject of two widely acclaimed travelling museum exhibitions, CITIES (2007-2010) and Big North (1999-2001). In 2008, Hartman’s drypoint etchings were shown alongside those by David Milne in the exhibition Invention and Revival at the Carleton University Art Gallery. Hartman’s series on Canadian authors, Many Lives Mark This Place, organized and circulated by the Woodstock Art Gallery, premiered at the McMichael Canadian Art Collection in Kleinburg, Ontario in the spring of 2020.