Arts Umbrella Announces the Naming of its Theatre & Music Department 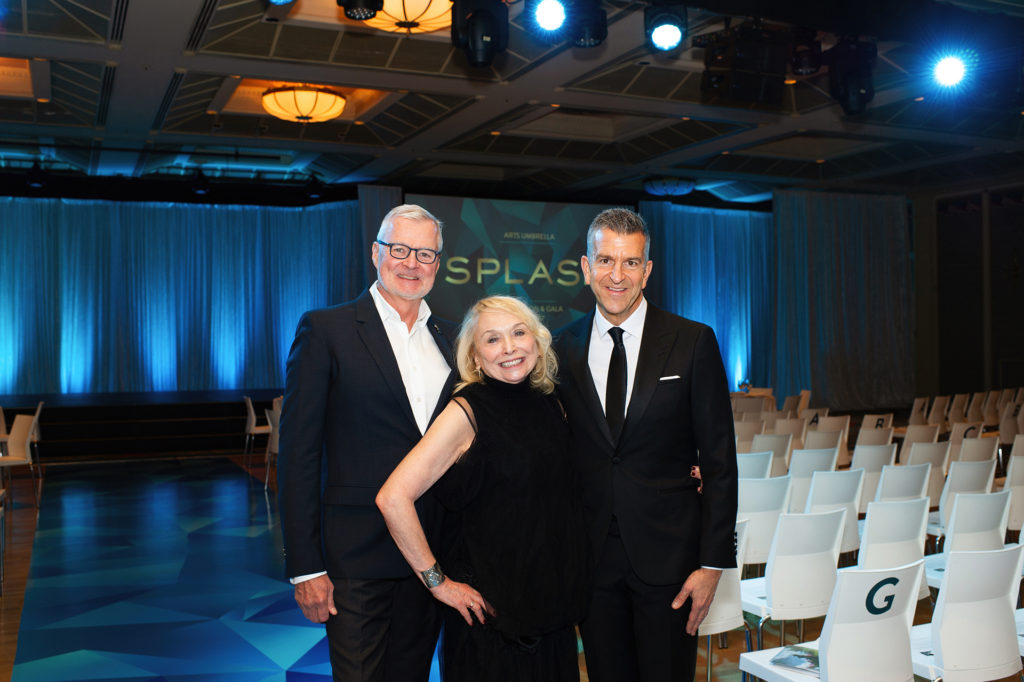 Arts Umbrella announces the new name of its Theatre & Music department to coincide with the opening of its new Granville Island facility in late 2020.

Vancouver, BC / October 26, 2019 – Arts Umbrella announces the new name of its Theatre & Music department to coincide with the opening of its new Granville Island facility in late 2020. Architect and heritage planner Robert Lemon has made a $2-million contribution to the Arts Umbrella Building Campaign in the name of his late partner Robert (Bob) Ledingham. To celebrate Bob’s appreciation of theatre and passion for education, the Robert M. Ledingham School of Theatre & Music will provide young people with access to extensive training opportunities, led by Artistic Director Paul Moniz de Sá.

Bob Ledingham was a renowned interior designer whose impact was felt across North America. Originally from Saskatoon—the same hometown as Arts Umbrella co-founder Carol Henriquez—Ledingham attended the University of Manitoba’s School of Interior Design in the 1960s. He was one of the first interior designers in Canada to receive an honorary degree from his alma mater.

When Ledingham moved to Vancouver in 1968, he landed a summer job with a local theatre company. Soon after, Ledingham began working with Thompson, Berwick, and Pratt before spending a year travelling across Europe. When he returned to Vancouver, Ledingham opened a modern furniture store in Gastown called Labyrinth. From there, he started his interior design firm, Ledingham Design Consultants.

Over the years, Ledingham worked with numerous families and architects, both in Canada and in the United States. He also made an impact in the hotel and condo industries, designing eye-catching rooms and public spaces for The Metropolitan Hotel (originally the Mandarin), Mandarin Oriental, Canada Place, and the Pan Pacific Hotels in Vancouver and Whistler. He worked tirelessly to advance education in interior design through his leadership with FIDER, North America’s accreditation board for degree programs in the profession.

Ledingham’s love for the theatre developed at a young age, encouraged by international discourse at the dinner table in Saskatoon, through an influential high school drama teacher, and in the rich arts and culture scene in Winnipeg throughout his university days. In Vancouver, Ledingham—together with Robert Lemon—was an avid supporter of arts organizations such as the Vancouver Art Gallery, Ballet BC, Arts Umbrella, and others. He also sat on the boards of the Canadian Craft Museum and Cantata Singers.

When it came to theatre, Ledingham traveled around the world to attend performances. Ledingham and Lemon made it a tradition to spend several days at both Shaw Festival and Stratford Festival in Ontario every year, with a shared admiration for live performance inspiring their annual pilgrimage.

“Bob has always been invested in education, the arts, and live performance,” said Robert Lemon. “When I heard about the Arts Umbrella building project, I knew this was a unique opportunity to create a legacy in Bob’s name and provide young people with access to the programs and performances that he so loved.”

“Arts Umbrella has been serving young people through arts education for 40 years,” said Arts Umbrella President & CEO Paul Larocque. “We are thrilled to expand our Theatre & Music department when we open the doors to our new building on Granville Island in 2020. To do so in Bob Ledingham’s name is such an honour, and we cannot wait to introduce more young people to the joy of theatre.”

This generous endowment will provide operational sustainability to Arts Umbrella in perpetuity. Artistic Director Paul Moniz de Sá has been longing to grow the Theatre & Music department to include programs for young people interested in all aspects of theatre—from stage, set, and costume design to acting, cinematography, and writing.

“Arts Umbrella is beyond grateful to Robert Lemon for this incredible opportunity,” said Moniz de Sá. “The studios, workshop, and performance spaces in this new building represent the next chapter of enriching our programs for young people interested in theatre, film, and music. We look forward to inviting the next generation of artists into this space.”

About Arts Umbrella
Arts Umbrella believes that art is powerful, that it can change a child’s life. That’s why Arts Umbrella’s programs in Dance, Theatre, and Art & Design are made accessible to all young people—through bursaries, scholarships, and donor-funded community programs. Since 1979, Arts Umbrella has been active in our communities, inspiring kids to build their creative confidence and develop the building blocks for life: critical-thinking skills, improved self-esteem, and tools for collaboration.