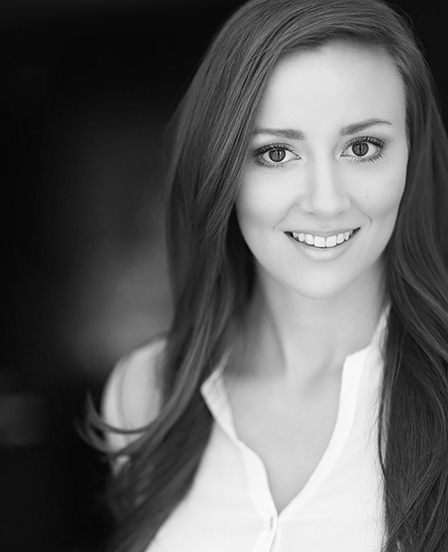 Lindsay is a Jessie-Award nominated actor, singer, dancer, musician, composer, and educator based in Vancouver, BC. She is an alumnus of the Langley Fine Arts School and subsequently holds a Bachelor of Performing Arts with a Diploma in Musical Theatre from Capilano University. It was there that she received extensive training in acting, film, dance and voice. She is also a trained pianist and composer who has not only Music Directed and Composed for companies such as CircusWest, Studio58 and Arts Club Theatre, but also composed her first hour-long contemporary ballet called In Colour that was produced mere months after graduating from University. Since then, she has been performing professionally onstage for companies across Canada such as Arts Club, Gateway Theatre, Chemainus Theatre Festival, Persephone Theatre, The Globe Theatre and Theatre Under the Stars. Her select theatre credits include Deb in Elf the Musical (Persephone Theatre), Squirrelle in Elephant and Piggie’s; We are in Play (Carousel Theatre for Young People), The Student in Arts Club’s Godspell, The Tinman in The Wizard of Oz(Gateway Theatre) and Princess Fiona in Theatre Under the Stars’ Shrek the Musical. She has been teaching Voice, Piano, Musical Theatre and Acting for the past 7 years in her own studio and as an instructor for other highly established performing arts schools in Vancouver. Her focus is not only in the technical aspect of a healthy strong instrument, good technique and the ability to improve, but in the musicality and artistry that comes with any kind of performing whether just for yourself or for an audience! Music and dance has the ability to change your mood, even to turn your day around and she feels all should be exposed to this power no matter the skill level or age! She is so grateful and honored to be a part of the Arts Umbrella family and to have the opportunity to watch these young artists grow into the talented performers you see today!