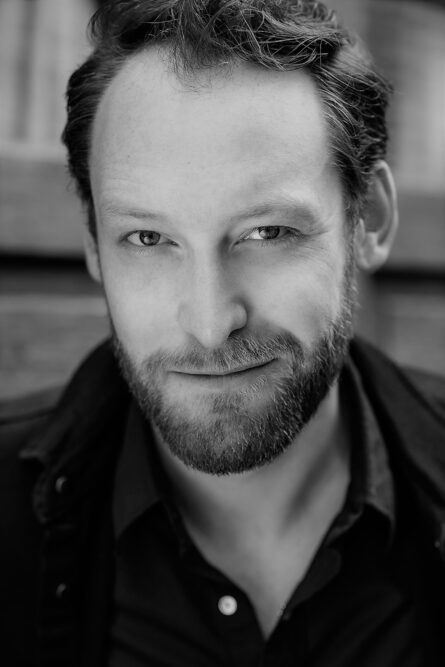 Alex is a multidisciplinary artist with focus in the performing, written, and visual arts, living and working on the unceded territories of the xwməθkwəyəm, Skwxwú7mesh, and Səlílwətaʔ/Selilwitulh Nations. Both Alex and the company he founded – K.I.A. Productions – originate in ᐊᒥᐢᑲᐧᒋᐊᐧᐢᑲᐦᐃᑲᐣ on Treaty 6 territory, where he began writing, producing, and performing plays that have toured across Canada and the UK in collaboration with his wife and co-artistic director Keltie Forsyth. His acting credits include: Macbeth (Shakespeare’s Globe), Pass Over (Ensemble Theatre Company), DC’s Legends of Tomorrow (WB), Charmed (CBS), Genetic Drift (Pi Theatre), and Juice (The Cultch). Alex also creates behind the scenes with live acts from Cirque du Soleil and Catalyst Theatre to Lady Gaga and Metallica, as well as in television and film like Batwoman, A Series of Unfortunate Events, and Stephen King’s The Stand. Alex holds a Master of Fine Arts with Distinction in Acting from East 15 Acting School (London, UK) and a Bachelor of Arts in Drama and Creative Writing from the University of Alberta.